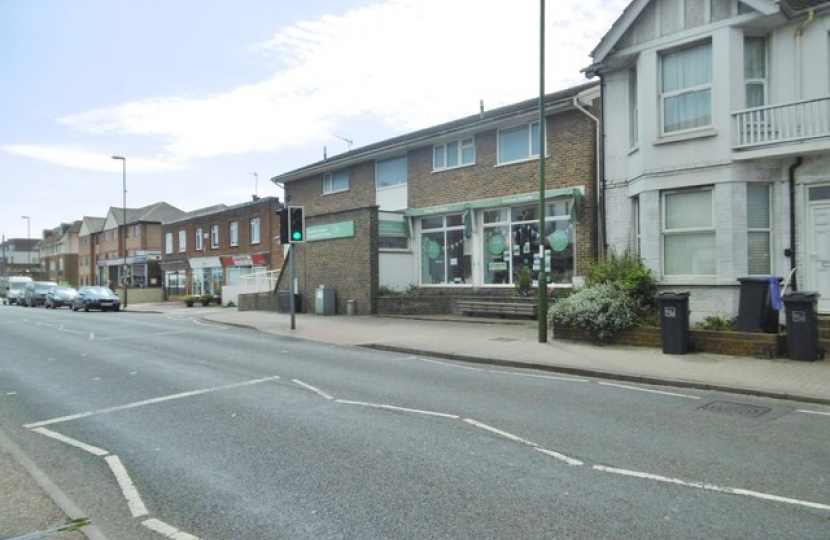 As promised, I organised a meeting with senior management of the RVS which owns and operates Chesham House and local councillors. We were joined by the Chief Executive of RVS Catherine Johnstone, Director of Finance Chris Hoult, Director of Marketing Fiona Longhurst as well as Steve Amos and Michael Gardner who manage commissioned services and who we met previously.

I was joined by Adur councillors, Steve Neocleous, Carol Albury and Ann Bridges as well as Chairman of Lancing Parish Council Mike Mendoza. Overall, we had a very positive meeting and agreed on further action based on suggestions we made which would involve keeping Chesham House open for a ‘breathing space’ period at least whilst more sustainable options are investigated. The RVS representatives stated at the offset that they were committed to achieving a ‘mutually agreeable solution’ and acknowledged that they should have come to speak to us and the local community earlier before announcing their intention to close.

As anticipated the decision to close Chesham House is a financial one as a result of a substantial drop in income for the charity nationally during the pandemic. RVS claim they have kept Chesham House open by providing a subsidy from national resources for some years. They have promised to let us have the exact figures for what losses are being sustained but the amount indicated did not seem excessive. However, the loss appeared to be before taking account of the profit made by the café which had been started up using a local legacy to provide an income stream as well as to provide a popular facility. There was also some confusion about what ‘rent’ Chesham House may have to pay to head office and how local legacies are taking into consideration when assessing its profitability. Chesham House has received several generous legacies from local people who have used the facility and this money would obviously be directed elsewhere if the centre were to be closed.

RVS will therefore provide a detailed breakdown of the indicated loss by Chesham House taking account of the above factors.

We spoke about why the flats at the top of the property have not been rented out since before the pandemic and what revenue they could bring in. There appears to be a problem about the state of the flats and the fact that they cannot be accessed independently but involve tenants coming through the main entrance of Chesham House. It was agreed to look at the cost of doing up the flats and providing an alternative access and whether this would be cost effective in providing a sustainable income going forward.

RVS stated that where they have been forced to dispose of their properties elsewhere, they have usually gone to alternative community focussed groups, and they have sold the properties at below market rate. They insisted that the imperative was not to sell the property to the highest bidder for development if there were alternative practical uses that would benefit the community. Two community bodies had already approached them but pending our discussions those conversations have now been ‘paused.’ In addition, the redundancy notices for the 2 remaining members of staff have been withdrawn.

We raised the issue of why the centre had been mothballed for the whole of the pandemic and the way the staff and volunteers and staff have been treated. They claimed that it would have been costly to open up and then have to close down again during the various lockdowns through the pandemic involving expensive deep cleans. However, quotes had been obtained for a deep clean which did not look excessive, and volunteers had offered to help with making good the building ahead of a reopening. They claimed that they had kept volunteers fully in the loop though it was clear that this was not actually the case and we relayed some of the complaints we ha heard from volunteers and staff direct.

We also detailed a number of additional activities that could take place at Chesham House making it busier and more viable and went through a list of other possible local partners that would help with this, led by Lancing Parish Council. There have since been offers of help if the building could be used for welcoming Ukrainian refugees locally too. We stressed that if worst came to the worst and the centre did close permanently then it is essential that an alternative home could be found to carry on the popular and much needed services and activities which operate out of there.

I therefore put forward the following suggestion that whilst all the options for making Chesham House viable are considered there should be a ‘breathing space’ period of up to a year when the centre could reopen and start getting people through the door again, possibly on a limited basis initially, and focussed on reopening the café.

Notwithstanding the less than satisfactory way that RVS have handled the whole saga of Chesham House so far, I have no reason to believe that they will not be true to their word and come back with all the above information in the next few weeks, and constructive discussions can bear fruit. As soon as I have further information, I will post it on my website and Facebook page and it will then be helpful to have a meeting with volunteers and Chesham, House users to discuss various options.

I have put together a list of organisations – both national and local – that provide grants and general financial support to all sorts of projects in the community. If you have any suggestions for organisations that I have missed please let me know and I’ll update the list!