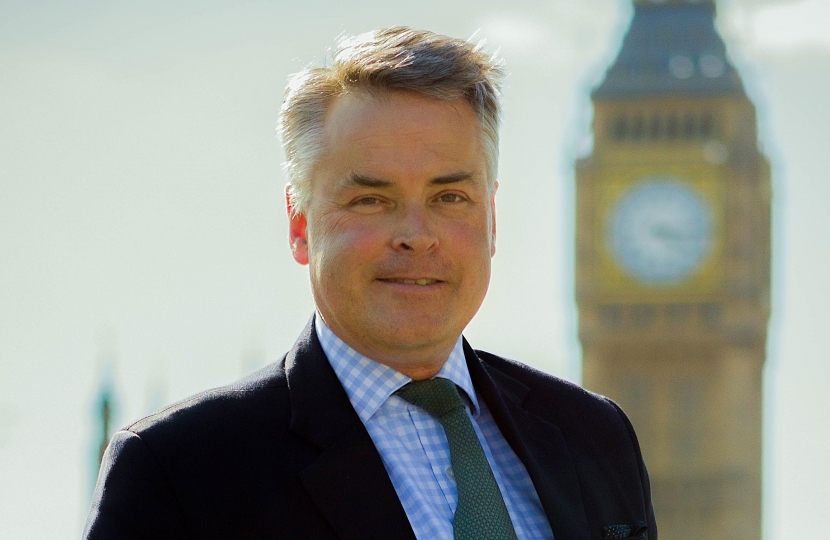 Since the election a number of people have written to me asking how I could support governing in partnership the Democratic Unionist Party of Northern Ireland (DUP). Some constituents have understandably expressed concerns about some of the DUP’s policies on various social issues which certainly conflict with my own principles and voting record. I have delayed responding until now in order to reflect on the details of the agreement which has been reached rather than on the speculation in anticipation.

First, let’s look at the numbers: There are 650 MPs in the House of Commons; one is the Speaker, who is neutral; three are deputy speakers and seven are Sinn Fein MPs, who, as Irish nationalists, have never taken their seats in the UK Parliament. That leaves 639, meaning that any government needs to secure the support of at least 319 MPs to command a majority in the House of Commons.

The Conservative Party has 317 MPs, two short of the required number. The Liberal Democrats and the Scottish National Party have both ruled out going into coalition with the Conservatives; even if the Labour Party was able to construct a coalition involving the Scottish National Party, the Liberal Democrats, Plaid Cymru and the Green Party, their combined total would only be 314 MPs, three fewer than the Conservatives, and five short of a majority in the House of Commons. This means that they, too, would need to work with the DUP in order to form a government. There has also been a great deal of hypocrisy from certain quarters of the Labour Party since the agreement was announced. Indeed the Leader of the DUP at Westminster, Nigel Dodds, yesterday revealed that in 2010 and 2015 the DUP had received advances about forming an alliance from both the Labour and Scottish Nationalist parties.

Secondly, the Prime Minister has not sought to form a coalition with the Democratic Unionist Party as David Cameron did with the Liberal Democrats in 2010. The DUP are not going to be our partners in government, nor would they have ministers in it. Instead the Government has agreed a confidence and supply arrangement with the DUP to provide the certainty and stability the whole country needs. The DUP will support the Conservative Party on confidence votes, such as the Queen’s Speech and the Budget, and on legislation relating to Brexit and national security. This agreement will ensure that we can govern in the national interest – strengthening and enhancing our precious Union, keeping our country safe, delivering prosperity for all, and securing a departure from the European Union which benefits all parts of the United Kingdom.

This is a crucial time for the United Kingdom, with important work to be done at home and abroad, not least on the Brexit negotiations. Having won the most votes, in fact the highest since 1992, and the largest number of seats in the House of Commons by a significant margin, only the Conservative Party has the ability and legitimacy to lead the government our country needs.

The country needs a working government and it is the duty of all parties to ensure that this happens as quickly and smoothly as possible, the alternative would have been yet another general election within the next few weeks – plunging the country and markets into an unwelcome period of extended instability and uncertainty. As the Conservative Party has more MPs than all the other parties put together (excluding the Northern Irish parties), it is right that we should take the lead in forming a new government and that is what the Prime Minister has now done.

For me, this not a meeting of minds with the DUP: there will be many things on which we disagree, as well as issues on which we can work together. I for one would not countenance voting for any rowing back of equality rights for women or same sex couples for example, although there has been some unfair caricaturing of the DUP’s stance on certain issues. However we have a responsibility at this time to work in the national interest by ensuring that a new government is formed and the country has the stability it needs at this crucial time. Not to have done so would have been irresponsible in the extreme.

With this agreement concluded, it is time for all parties in Northern Ireland to engage in intensive discussions and get the executive at Stormont back up and running. We will do everything we can to help in that process in the days ahead.

I hope this response goes some way to allaying your concerns about what form an agreement with the DUP may have taken and in the circumstances you agree that this is the best way forward for the whole country.