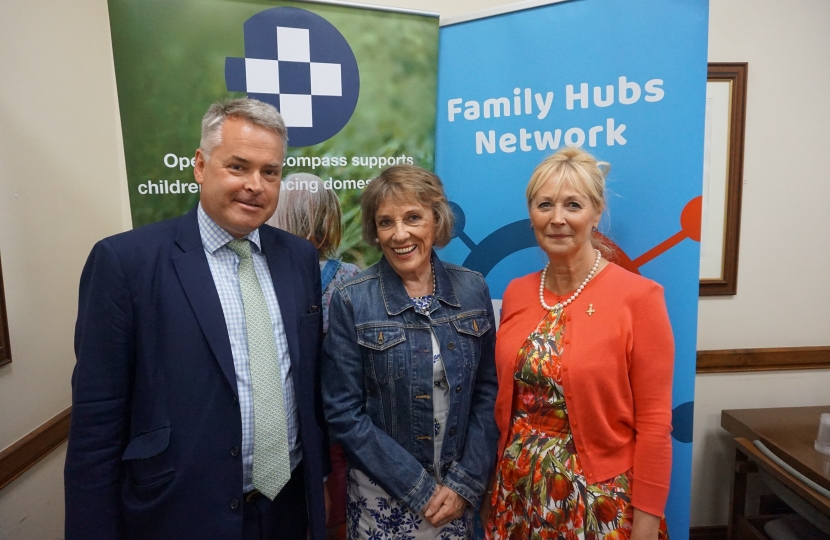 Last Wednesday I met Dame Esther Rantzen and David and Elisabeth Carney-Haworth, both recently awarded the Order of the British Empire (OBE) for their work safeguarding children from domestic abuse.

In 2011 the former Plymouth police sergeant David Carney-Haworth and his wife Elisabeth, a headteacher at a Cornish infant school, created a remarkable scheme called Operation Encompass. It was a simple, but incredibly effective initiative which shared police reports of domestic abuse incidents where children had been present with key adults at the schools they attended.

The calls to the school are made by police staff before the youngsters arrive at school the following morning, giving teaching staff ample time to prepare and offer whatever support the child needs.

Over the past few years the tenacity of this couple has seen their scheme rolled out first in a number of cities across the UK, then entire police force areas. During that time the initiative has garnered praise from educational and police chiefs as well as domestic abuse and children’s charities.

After it was granted charitable status Dame Esther Rantzen - herself the creator of the magnificent charity Childline - agreed to be the patron of Operation Encompass, as did Dame Vera Baird QC, the Police and Crime Commissioner for Northumbria, former Solicitor General for England and Wales and since June the new Victim’s Commissioner. Both have become passionate advocates who have championed the initiative.

The scheme has also received the firm support from the charity Women’s Aid as well as the backing of Her Majesty's Inspectorate of Constabulary and Fire & Rescue Services' (HMICFRS). Zoe Billingham, who is the HMICRFS's lead on domestic abuse said her own organisation immediately recognised the huge value of Operation Encompass, claiming supporting it was “an absolute no-brainer”. Highlighting its effectiveness, she said: “Why wouldn’t you support it? I don’t think I’ve ever come across a scheme so simple and have so profound an effect on a child.”

David and Elisabeth have continually campaigned since 2011 to ensure the scheme is introduced in every police force in England and Wales, covering every school, supporting every child. Children experiencing domestic abuse suffer greatly from exposure to it. Domestic abuse has been identified as an Adverse Childhood Experience (ACEs) by experts such as Dr Warren Larkin, the clinical lead at the Department of Health's Adverse Childhood Experience programme.

ACEs can lead to emotional, physical and psychological harm which last for many years, even into adulthood. The aim of Operation Encompass is to mitigate this harm by enabling immediate support, making a child's day better and giving them a better tomorrow.