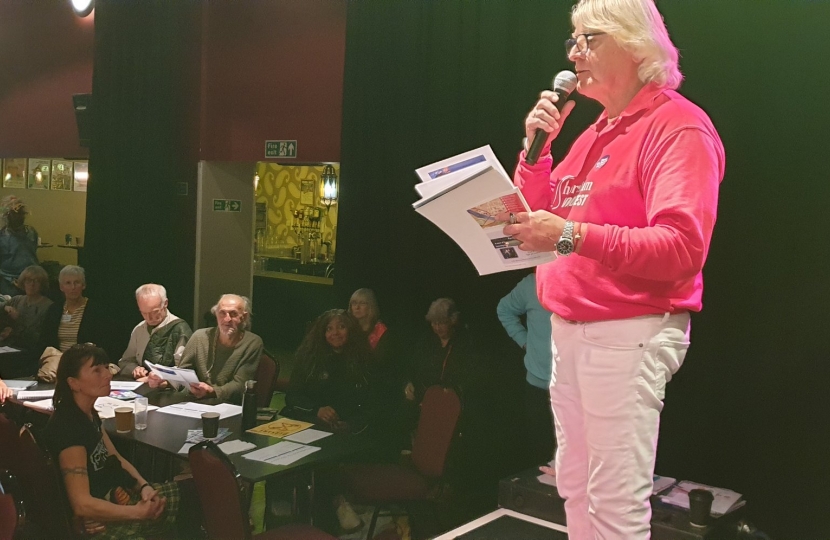 So this week Parliament really did prorogue on Tuesday ahead of the Queen’s Speech on Monday when the Government’s programme for the forthcoming year will be set out following on from a lot of positive commitments made in last month’s Spending Review. That is of course unless a General Election interrupts following on from whatever happens on Brexit by October 31st.

One upside of Parliament unexpectedly sitting last week was that we had some excellent debates on issues which matter to many of our constituents and carried out in a measured and respectful way. Many constituents will have seen reports of the deeply harrowing, moving and brave speech from the Member for Canterbury, Rosie Duffield, who gave an account of the abuse she had endured from a former highly controlling partner as part of the Domestic Abuse Bill. If any evidence was needed that domestic abuse can be inflicted on anyone in any position, then that was it and reinforced the need to beef up legislation in this area.

This week I have been vociferous about the police handling of Operation Midland which saw officers spend several years and £2.5m investigating allegations against high profile child abuse allegations against senior public figures which turned out to be complete fantasy from Carl Beech who is now serving an 18-year jail term. A damning report from independent senior judge Richard Henriques tasked to investigate the travesty revealed the police as having acted ‘incompetently, negligently and almost with institutional stupidity.’ Yet the just published report from the Independent office for Police Complaints found just ‘shortcomings.’ Quite a contrast, raising serious questions about whether the IPOC is fit for purpose in protecting the public when the police get it wrong.

Congratulations to Wordfest for a very successful festival and in particular the Climate Emergency summit held last weekend at Ropetackle. I joined Shoreham Councillor Kevin Boram, and a London University professor for a fascinating question time panel as well as the Director of the Orkney Science Festival Howie Firth who earlier gave a captivating talk about sake of the environmental innovations in the Scottish Islands. There is clearly a strong appetite for an ongoing forum in Shoreham to share environmental best practice and engage better and more urgently with local councils and other agencies to get people’s priorities translated into effective action. Kevin and I promised to take that away and organise a green forum soon.

Finally many congratulations to head of successful Worthing temperature instrument firm ETI, Peter Webb, on his much deserved appointment as a Deputy Lieutenant of West Sussex.