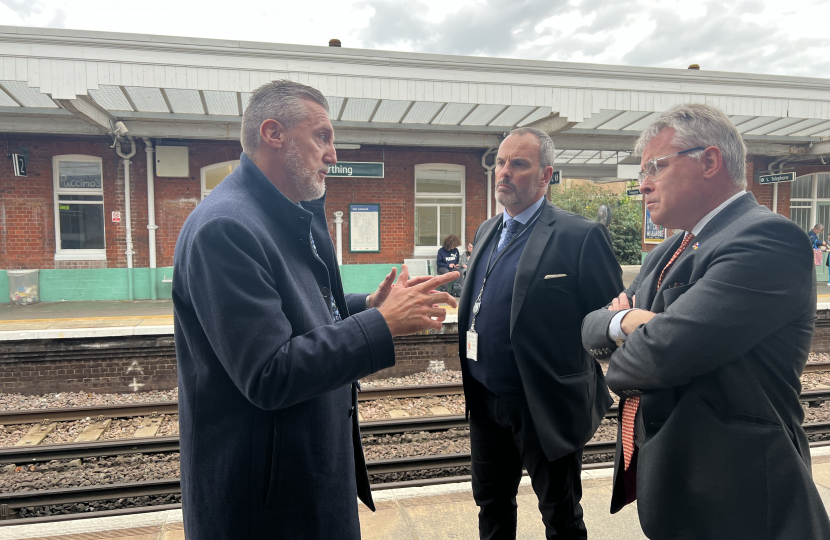 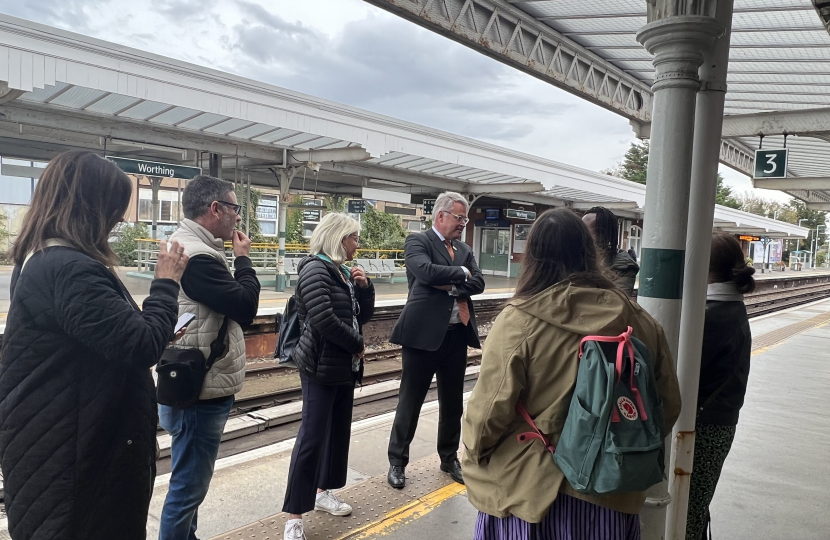 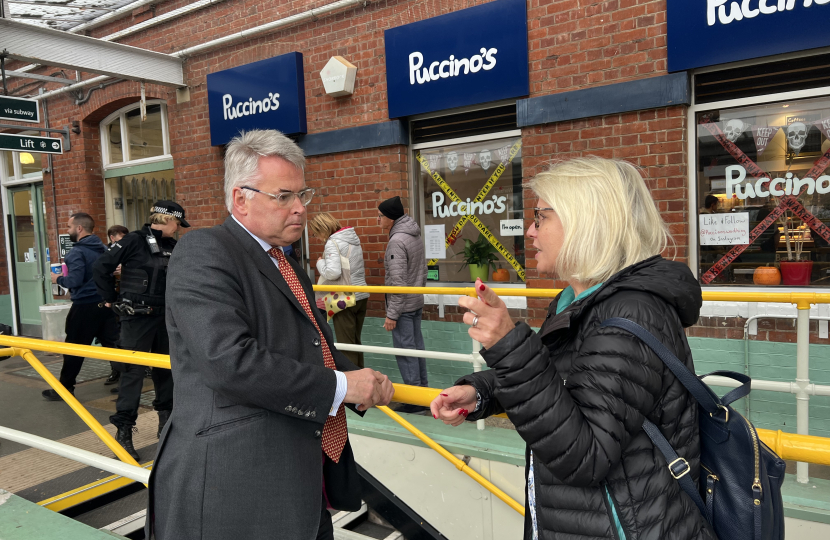 I was back at Worthing station last Friday and with a bigger group of police officers gathered in one place than I have seen for some time. I had been invited by British Transport Police to see what they are doing to keep people safe on the train network and especially their work to combat sexual abuse and county lines drug activity.

Particularly impressive is the joint working they undertake with other key agencies and I met local staff from West Sussex Children’s Social Services, Worthing Communities and Wellbeing and Youth Justice amongst others. Too often young children are being used to carry drugs for dealers using train routes and indeed whilst I was there the sniffer dog came up trumps with a couple of barely teenage boys out of school and carrying.

It was a shock to me to hear about the level of sexual abuse that takes place on trains which is why a strong police presence and CCTV are so important. The BTP also need the help of the travelling public to report their concerns and that is why they have a dedicated texting number 61016 and a special ‘Railway Guardian’ app where people can log incidents and get information. The BTP is often overlooked as an important part of the policing service in the UK, and I have suggested that we invite them to give evidence to the Home Affairs Select Committee about their important work.

Less impressive are Southern Water who are proving as elusive as ever and I continue to receive complaints from constituents about the ongoing disruption caused by the sewer renewal work that is belatedly taking place on the West Beach Estate in Lancing. After pressure they are holding a public meeting at Ropetackle on Monday 7th from 6pm and I would urge everyone in the Widewater area to attend and ask them some tough questions. Alas they again neglected to invite me or the local councillors and I will have to be in Westminster that evening. One thing I would like to ask them is if they will agree to resurface all the roads on the estate given the huge upheaval and damage the constant sewage spills and subsequent relining work has caused

I have yet to meet the new Southern Water Chief Executive who suggested it would be a good idea to get together as I have been asking for some time. Alas he is so busy apparently that he cannot fit me in until 2023! Simply not good enough.