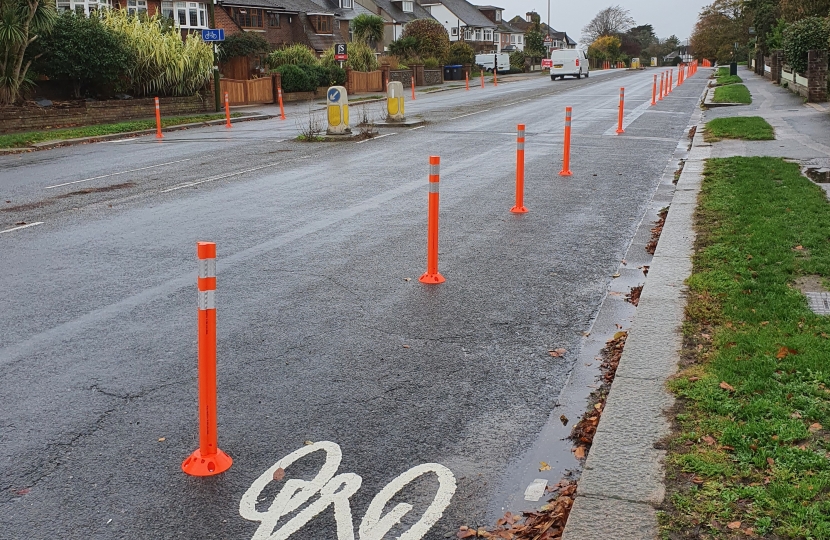 Thank you to all those Adur residents who have completed our survey on the Shoreham COVID pop-up cycle lane. Within the first week we have exceeded 1000 returned, substantially more than the County Council’s own survey, and they continue to come in thick and fast. Clearly views are quite polarised but there are some useful suggestions about what needs to change to make any future cycle lane sustainable

In order to give as many people as possible the opportunity to respond we plan to deliver hard copies of the survey too as soon as lockdown ends, so we will keep the survey open until December and aim to publish the full results before Christmas. Despite lots of weird and wonderful comments in the media about me being strongly for the cycle lane or strongly against it I remain completely open minded which is why I am so keen to get the comprehensive feedback from the survey.

I am in favour of more cycle lanes and more cycling across my constituency but only in the right place and by minimising the impact of people living on the route and those who still need to drive. I think most people agree that the current layout in Upper Shoreham Road is not ideal and that comes about in part through the lack of formal consultation when it was installed. The Government has now announced a new tranche of cycle lane funding including £2.3m for West Sussex and critical to it being released is that extensive local consultation should take place first. That is why this survey is an important vehicle for making sure any changes or replacement of the current route are far better thought out.

I have again raised with the Post Office the rather unpredictable opening, or rather more accurately closing, hours of the Southwick Square sub-post office. I am told that from next week it should be open Monday, Wednesday and Friday from 0900-1500 though I will believe it when I see it. It really is not acceptable that this has become such an unreliable but still vital local service and I know that there are several other local people who have expressed an interest in running it if the current tenant cannot fulfil the terms of his service agreement.