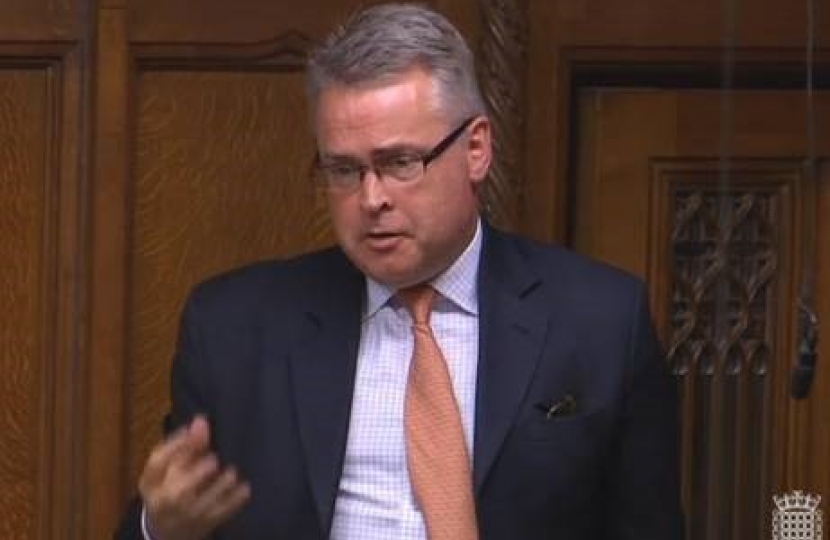 In the last week I have taken part in a number of interesting debates in Parliament which didn’t involve Brexit. I am grateful for the number of constituents who contacted me about the Debate on Climate Change last Thursday which as one of my colleagues pointed out will still be the greatest challenge facing our planet well after Brexit is behind us.

I am not quite so sure about the 2 Labour councillors from Worthing who attacked me on social media for apparently not attending the debate and taking climate change seriously when not only was I there but I also contributed. I have suggested they come to our next Eco Summit run by the EYE Project which I set up 11 years ago and they can learn from hundreds of eager local eco-warriors from local schools who are doing lots of practical things to mitigate the impact of hot air not just ignorantly spouting it!

In was an excellent debate with some very well informed contributions across the House and although the Government has a good track record having delivered the fastest decarbonisation in the G20 since 2000 understandably there was frustration that we urgently need to go further faster. I agree.

Locally there are many reminders of the threat of climate change and on Friday I spent nearly 4 hours with the head of the Environment Agency and Councillor Kevin Boram and the Beach Resident councillors dealing with some of the ‘snagging’ issues left from the Adur Tidal Defence Works which will be necessary to keep the Beach above water in particular. I am hopeful these can be sorted out and look forward to celebrating with others the official opening of this engineering feat later on this month.

On Monday I assembled a group of councillors, farmers, council officers and others to tackle the problem of flooding and torrents of mud coming down Halewick Lane. As usual part of the problem is confusion about who owns which bit of land around the old landfill site and who is responsible for what and indeed this includes the former operators of the site when it was run by Chesswood Mushrooms. Given the earthworks going on there at the moment it makes sense to make whatever changes are necessary to divert water flows in a manageable way happen now. With the help of the excellent Chairman of Sompting Parish Council Anne Godley we identified a number of action points and a pan which I hope will keep residents secure from the mud baths which have engulfed them over the last year.

We also had 2 debates on school funding and I was able to speak in both along with a large crowd of other MPs including 5 of us from West Sussex alone. This is of course an issue on which I have been involved for some time and worked closely with teachers, parents and governors. With the Comprehensive Spending Review coming up later this year it is important we make the case for genuinely fair funding for our schools now which I vociferously did. You can see the debate on my website and Facebook page as usual.