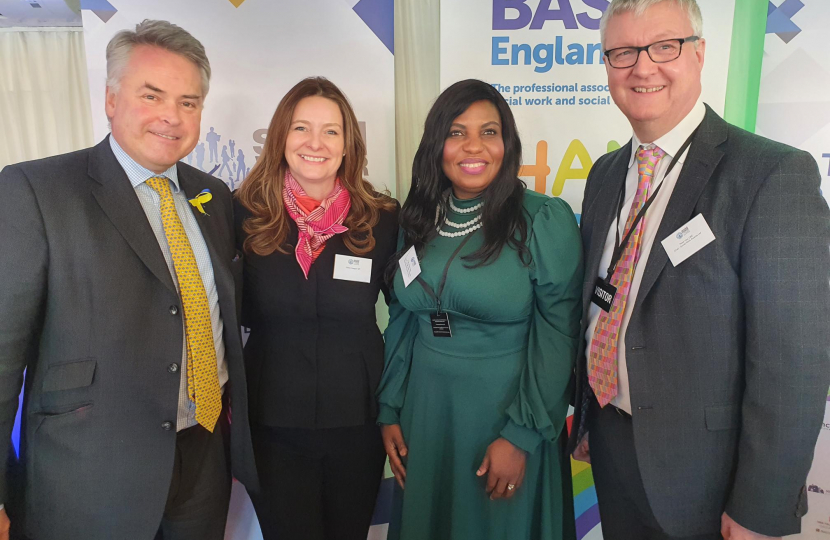 Like many other MPs I have been overwhelmed with emails from constituents appalled at the horrors that Russia is imposing on the people of Ukraine, wanting to do their bit to help and sharing my frustration that the schemes to give safe haven to feeling Ukrainians in the UK appear too slow.

To be clear the Home Secretary has announced various routes for those with family connections here or for others using a sponsored scheme through local authorities, church groups and other organisations, which are uncapped. There is likely to be no shortage of welcoming homes once they are here but I have called on the Government to send planes to the border countries like Poland and Hungary and bring families to safety with a bit more urgency.

I have also spoken to Ukrainian constituents to ask their advice on how best we can help, and I have passed on that information. The authorities on the ground in Poland and surrounding countries have made it clear that sending truckloads of bulky goods like clothes is not helpful and they would be better saved to give to families when they arrive here. Meanwhile the Government has been sending plane loads of medical supplies and other high value humanitarian relief, but the best help local people can give at this stage is to raise money for the major appeals like the Disasters Emergency Committee.

I have posted details of this on my Facebook page and will provide information about how people may be able to offer accommodation through the local councils, as soon as I have it.

Closer to home I was honoured to host the Social Worker of the Year Awards in Parliament this week and this was the first time we have been able to do it in person since 2019. I have been involved with these Awards as patron for over 10 years and it is a great way to show our appreciation for those social works who do such a challenging job, but often without the visibility or recognition until something goes wrong. I often refer to them as the Fourth Emergency Service and they deserve to be held in the same standing and have had a particularly challenging job during the pandemic trying to look out for vulnerable children and elderly people often behind closed doors.

There was an added reason to celebrate this year as the Overall Social Worker was named as Vivian Okeze-Tirado from our very own West Sussex Social Services and I was delighted to congratulate her in person with fellow West Sussex MP and Mental Health Minister Gillian Keegan.