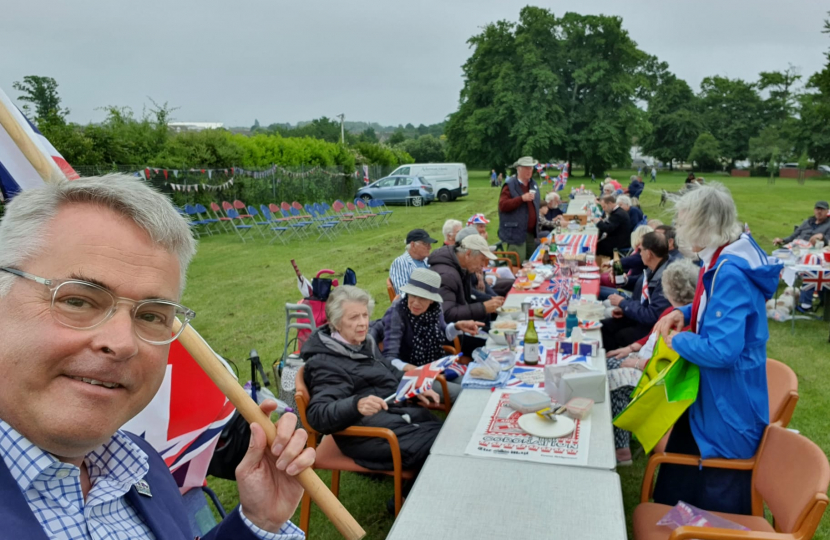 Just Wow! What a spectacular weekend and even the most hardened republican must have been impressed by the huge outpouring of affection and respect for the Queen from every corner of the UK and beyond. And even the most stony-faced must have cracked a grin at least at the sight of Her Majesty swapping marmalade sandwich tips with Britain’s favourite bear, Paddington.

I started off with the Town/Village Crier Bobby Smytherman making the official proclamation of the Platinum Jubilee on Beach Green and after numerous street parties, Rotary fairs, church services, picnics, beacon lightings and assorted other peculiarly British ways of celebrating the service of our Head of State ended up back on Lancing Beach Green on Sunday afternoon for the ‘Blessing of the Boats’ service for the first time since the start of the pandemic.

There we were treated to the sight of Father Felix in traditional high church garb and Adur Council Chairman dressed in the cloak of a wartime guard looking more like the cast of ‘Allo Allo.’ They did a great job however, only to be upstaged by the Village Cryer ringing his bell seated in an inflatable dinghy and being covered in holy water! Everywhere we went there were great crowds and certainly on the street party tour where we were handing out ice creams the locals got friendlier as the afternoon wore on and cups of tea were replaced by cans of beer and bottles of wine. I was particularly impressed by the effort the Findon Valley Residents Association had gone to providing free marmalade sandwiches as a tribute to Her Majesty’s performance the night before.

How we will ever top last weekend?

This week it is back to work as normal, and Parliament has a busy schedule starting with the National Security Bill and then Levelling-up and Regeneration Bill with important measures modernising the planning system. Not to mention of course the close call of confidence in the PM where I have written separately.