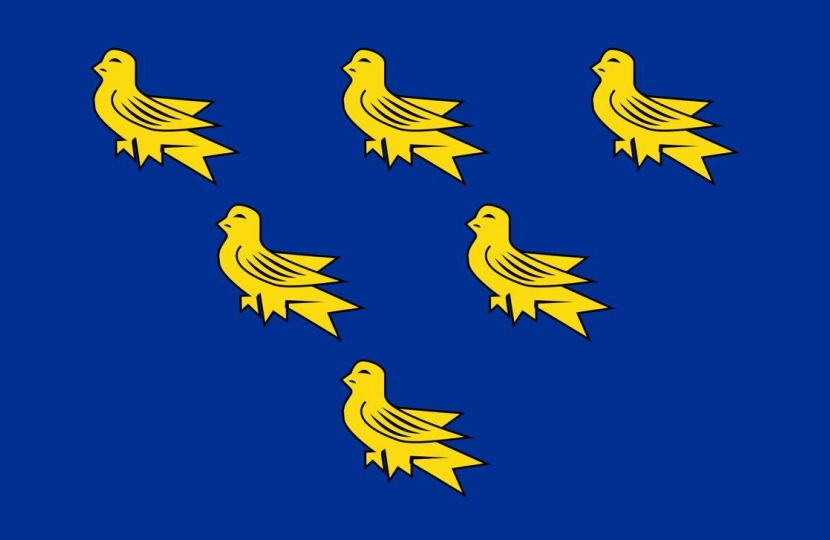 A belated Happy Sussex Day for last Tuesday. A group of suitably socially distanced Sussex MPs gathered on the House of Commons Terrace this week with a Martlets flag to raise a virtual toast (all the bars are closed) to celebrate our County Day and proclaim the Sussex Charter. ‘We won’t be druv!’

The day is always a double-edged sword for parliamentarians as it marks the murder of our former colleague Jo Cox just before the EU referendum and a shield in her memory adorns the House of Commons chamber. No doubt someone will try to call me out if I do not mention the violence that hit Westminster again last weekend as a bunch of extremist thugs gathered supposedly to protect statues that had been attacked the week before but in fact were there just to pick a fight.

The irony of those performing Nazi salutes by the boarded-up statue of Churchill was clearly lost on them. But given that some could not even spell Britain correctly on their makeshift banners clearly an understanding of British history was not their strong point. We should not forget that amidst all of this it is the police who have had to confront all the violence to protect our safety and public property. That is why I backed the Bill last year that led to tougher sentences for violence against emergency workers and now back measures to increase penalties for those desecrating war memorials.

Good news for Clapham and Patching School which had been earmarked for closure by West Sussex but has now been given the go-ahead by the DfE to remain open as part of the academy chain led by Worthing High School in my constituency. The solution that my Arundel MP colleague Andrew Griffith and I put forward right at the outset.

Another good crop of Coronavirus Community Champions this week and there are more details on my website. The All Sorts charity project which has made sure LGBT+ young people have been able to continue accessing mental health support during the pandemic.

Abdul Noor of Curry Mahal and part of Shoreham Mosque has been donating lots of delicious curries to hand out to hospital staff and local care homes. Frank and Linda Patten from Charmandean have now produced over 850 face vizors for local care staff using their 3D printer. But it is not just a question of numbers as I have also included an award for Lancing firm Parafix which stepped up and converted its production lines to produce 120,000 face vizors for the local NHs in the space of just 8 days over Easter.

All round community Lancing champion Sue Wellfare, who when she is not saving the planet through Recycling Lancing has been acting as mentor and organiser for all the lancing volunteers as well as setting up a jigsaw library and running prescription deliveries.

Last but not least St Nics & St Mary’s School in Shoreham challenged their pupils to come up with a business idea. Ten year old Henry Deery and his 9 year old sister Martha set up ‘Bellacasa Eggs’ and started delivering home produced eggs to shielding neighbours with all the proceeds going to NHS charities. Congratulations to all.

Another Parliamentary first this week as I held my first virtual mass lobby in response to the event organised by ‘The Time is Now for a Green and Fair Recovery,’ and marking a year on from the Government’s historic commitment to net zero carbon by 2050.