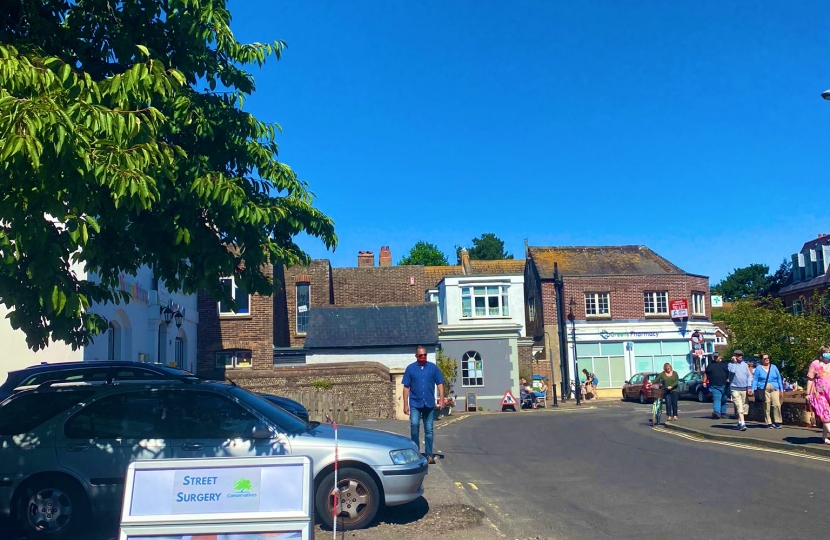 It was good to get back into the swing of street surgeries with the reopening of the Shoreham farmer’s market last Saturday. With a reduced number of stalls, the market was well stewarded in Tarmount Lane and suitably socially distanced councillors and I were able to speak to a steady stream of people coming out. We will be at Shoreham again next month and will restart our Lancing street surgeries in August too.

Rather less positively I was shocked to hear about the public order disturbances in Shoreham town centre layer that evening and particularly the assaults on 2 police officers. Particularly worrying is that many of the 15 arrests made were minors, some as young as 14, and many the worse for wear from alcohol. It may have been a warm summer’s evening and many people may still be celebrating the reopening of the pubs and the relaxing of lockdown after more than 3 months, but there is absolutely no excuse for causing a riot and taking a swing at police officers who have a difficult enough job as it is.

A couple of years ago we introduced a specific offence of assault on emergency service workers incredible though it is to think that anyone would want to harm those who are there to keep us safe and rescue us from harm. In the light of the high-profile violence against officers trying to police recent demonstrations the Government is now consulting on increasing penalties for those offences. I certainly hope there are serious consequences for those arrested in connection with Saturday’s disturbances and that starts with some difficult questions for parents of the children involved.

One of the most high-profile elements of the Chancellor’s ‘mini-Budget’ last week was the launch of the ‘Eat Out To help Out’ scheme which will give everyone up to £10 off eating out on Mondays-Wednesdays throughout August coupled with cuts to VAT. I know that many local restaurants and pubs have been calling for this type of help to kick-start the hospitality industry which has been disproportionately hit during lockdown. I commented to the Chancellor that it might need to be ‘Eat Out To Help Out Then Workout’ given the potential impact on waistlines and so it was welcome news that gyms and swimming pools are to be reopened just in time as well. It will of course not be the case with the Impulse Leisure premises for the time being at least I fear as I have commented before.

All businesses that want to participate in the scheme can register now and if they would like to let me know too, I will have a special section on my website to promote all those local offerings as well.