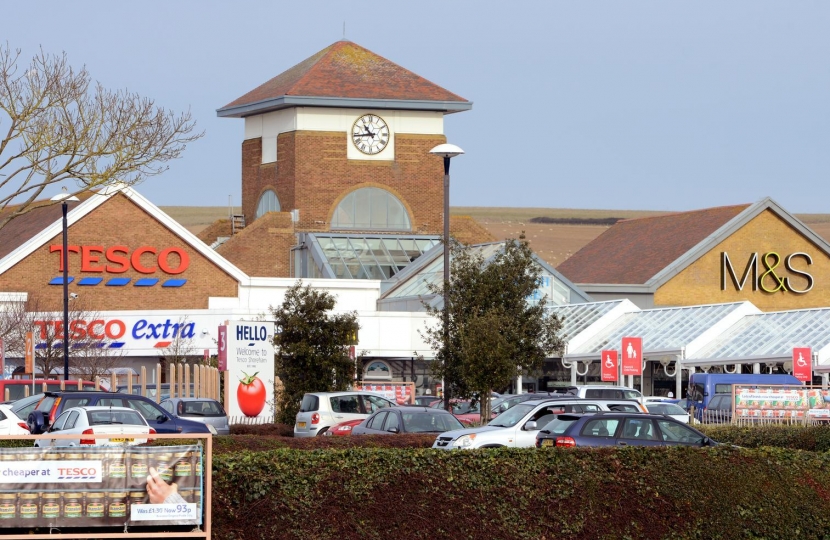 Supermarket safety, hydrogen power and genocide have been the mixed bag of topics in the everyday inbox of this MP in the last week.

Thanks to Tesco at Holmbush for their swift response to complaints about shoppers not following social distancing procedures. As the largest Tesco branch around this is a busy store at the best of times and they base their maximum numbers allowed in at any one time on their floor space and layout. As it turns out they have not had anywhere near the cap recently, but people have been rightly concerned about crowds and especially large groups making social distancing difficult.

The store has therefore reconfigured their 2 entrances to a single entrance and exit so they can better operate their ‘traffic light system’ and there should be stewards at the front at all times. People are being asked only to shop singly unless you need a carer or have young children with you, and like all supermarkets there is better enforcement of mask wearing too. People have reported a marked improvement and I am grateful to the staff there for helping out in these difficult circumstances.

On the genocide front I very much welcomed the measures announced by the Foreign Secretary last week about clamping down on goods imported from parts of China where it is clear that the Uighur people are being abused by the Chinese authorities on a level akin to genocide. The US Government has already banned all imports of cotton products from  Xinjiang province where ‘slave labour’ is rife and I would like us to go further too if we are ever to make the point to the Chinese that they cannot go on abusing the human rights of their citizens without consequences. Subsequently I am supporting amendments to the Trade Bill about not doing trade deals with countries clearly guilty of genocide.

Closer to home it was good to have a virtual update of the great work going on at our local world leading environmental engineering consultants Ricardo. The company has been at the cutting edge of working with automotive companies and others on promoting electric vehicle and reducing pollution. Now they are adapting to focus on hydrogen power which many are tipping as a cleaner and more practical way ahead for renewable power.

With the plans to quadruple the output of the Rampion wind farm now published and available through a virtual exhibition online; exciting moves by Adur Council for rewilding locally and restoring kelp beds as a carbon capture; as well as interesting environmentally friendly plans at Shoreham Harbour Adur really is gaining a reputation as something of a Green haven, and quite right too.