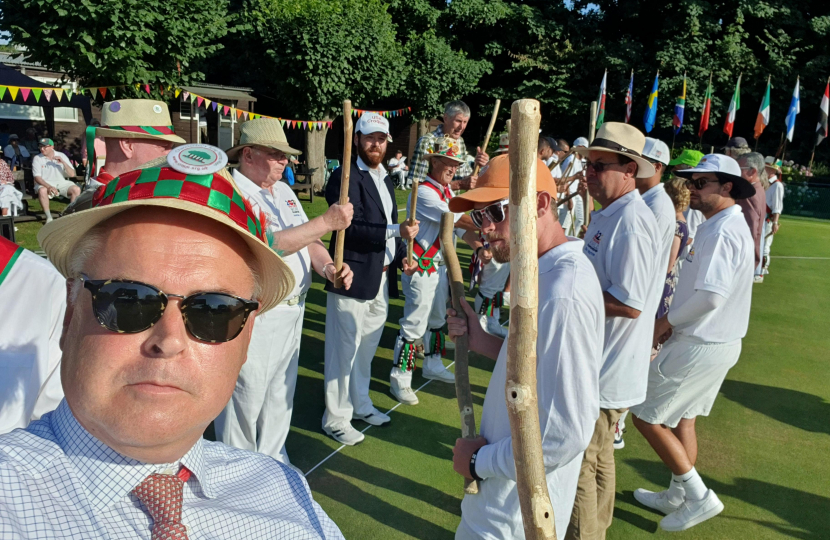 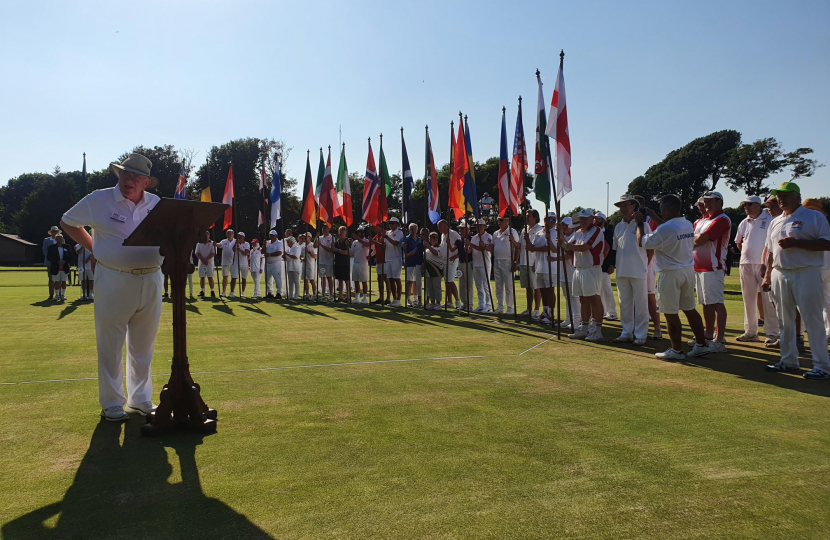 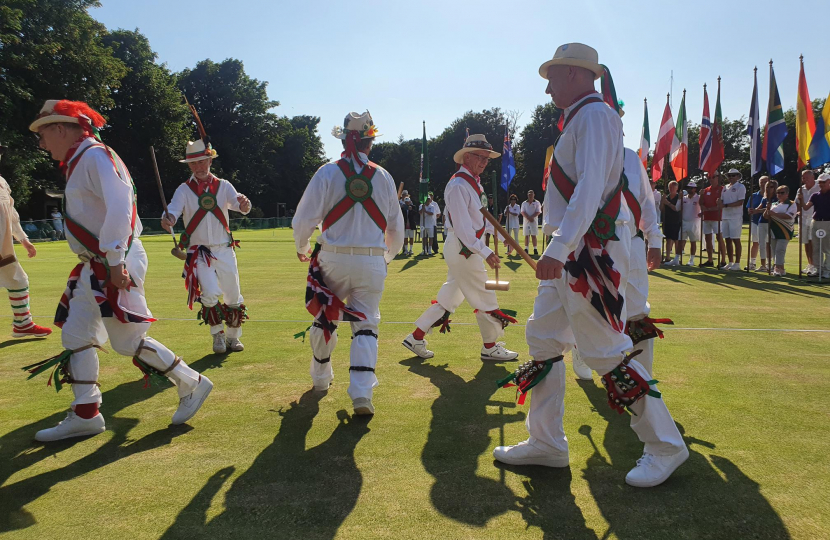 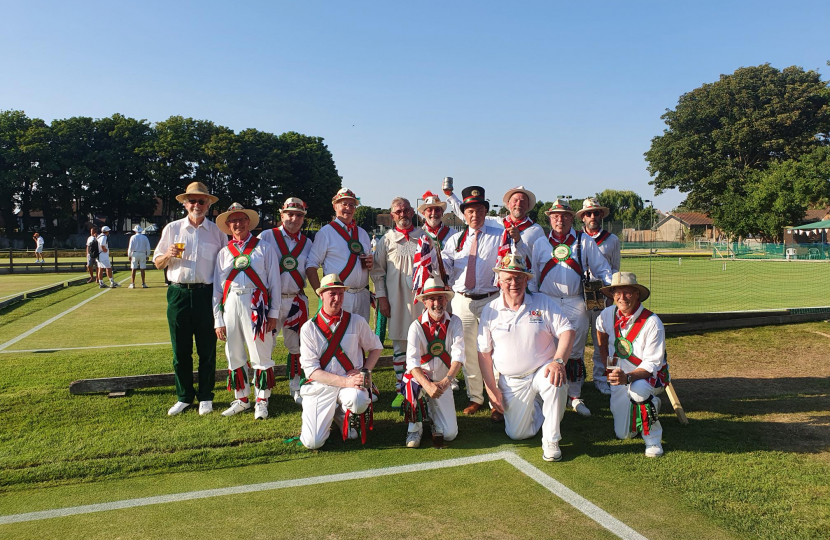 What a fantastic week of sport we have had. A spectacular opening ceremony for the Commonwealth Games and a slew of medals for the home nations and the historic win for the Lionesses guaranteeing that no one can get the tune for ‘It’s coming home’ off their minds. However, the real sporting highlight last week was the international event being held at our very own Southwick Croquet Club.

Southwick was playing host to the 14th World Croquet Federation Gold Croquet World Championships involving no fewer than 22 nations and the best players in their sport. Birmingham may have had a cast of thousands, a 10m high steel bull and Duran Duran but we had an impressive parade of national flags and competitors, a world first performance of the Morris Mallet Mash by the Chanctonbury Morris men and the best scones around. Unlike Birmingham players and spectators were encouraged onto the lawns to join in the opening Morris dancing much to the consternation but eager participation of the Egyptian and Uruguayan teams in particular.

It was a wonderful and quintessentially English afternoon, and I was honoured to perform the official opening ceremony. The Club has been going since 1869 and moved to its current site in 1901 when the first tournament was played and opened by the then Duke of Cambridge. I am no substitute for the Duke of Cambridge but at least I have been to Cambridge and played croquet there. The Southwick Club really is one of Adur’s ‘jewels in the crown’ and the tournament organiser Jonathan Isaacs and all his volunteers have done an excellent job. The tournament runs until Sunday and entrance is free to any interested members of the public.

Last week marked the retirement of our Lord Lieutenant Susan Pyper, deservedly made Dame Susan in the Queen’s Platinum Honours’ List. Dame Susan has been a tireless ambassador for West Sussex as the Queen’s personal representative in the county for the last 14 years. She has attended countless events and promoted everything West Sussex at every opportunity and has always been very supportive. She will be greatly missed and goes with our respect and thanks. Her successor Emma Barnard has a difficult act to follow.