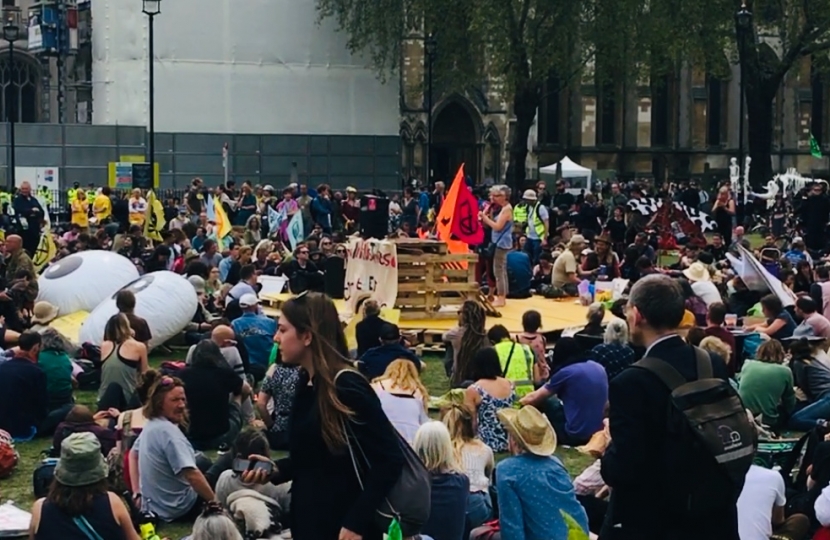 I hope everyone enjoyed the glorious weather over the Easter weekend but for many of us it will be remembered most for the appalling terrorist attacks on innocent people on the other side of the world in Sri Lanka. This is a scar not only on one of the most beautiful countries in the world which I was lucky enough to visit with my family a few years ago but a violent assault on Christian communities on the most sacred day in the Christian calendar.

Just as we showed our empathy and support for innocent Muslim victims in the New Zealand mosque attacks in New Zealand a few short weeks ago, so Christians and all people of peace should be no less complacent in standing up for Christians around the world who too often are not able to pursue our Christian beliefs in freedom and safety. Whilst Sri Lanka is no stranger to violence through recent civil war the carnage wreaked on local families and foreign visitors was particularly abhorrent at what should have been one of the happiest times of the year.

Back at home Parliament returned from the short recess on Tuesday to pick up where we had left off on Brexit and the future of the Prime Minister. We celebrated St George’s Day on our first day back on Tuesday (although the Labour Party apparently celebrated on the 22nd!) but the news from Colombo understandably overshadowed events. It was back to the more mundane aspects of Brexit with debates on technical legislation resulting from Brexit on everything from VAT charges on tour operators to regulations concerning seed potatoes. Joyous stuff!

Of slightly more substance we have another significant debate on school funding today (Thursday) where I shall again be banging the drum for further reforms to the fair funding formula which has helped West Sussex schools, but still not nearly enough.

Another topical legacy of the Easter holiday was of course the high-profile protests by climate change demonstrators. Whilst I do not necessarily agree with their methods, their actions have certainly reminded us that climate change certainly is the most important challenge to our planet, and will still be there long after Brexit has been resolved as I have pointed out before.

Speaking up unashamedly about doing much more to protect our environment has been one of the most important parts of my job, certainly since founding the EYE (Eco, Young & Engaged) project in 2008 to spread best practice amongst school children locally. Whilst I readily admit there is far more we need to do and far more urgently we should also not forget the not inconsiderable progress we have made in the UK in recent years in contrast to the real high polluting nations around the world. I have produced a short video on my website detailing the Government’s track record. The UK has decarbonised faster than any other G20 country and we have just experienced the longest period ever without using power generated by coal in the UK as our renewable electricity generation reaches record levels.

I was privileged to attend a speech in Parliament by the Swedish environmental activist Greta Thunberg, who has inspired so many young people especially around the world. She left us in no doubt about the urgency of the cause. As they say, much done but much more to do.