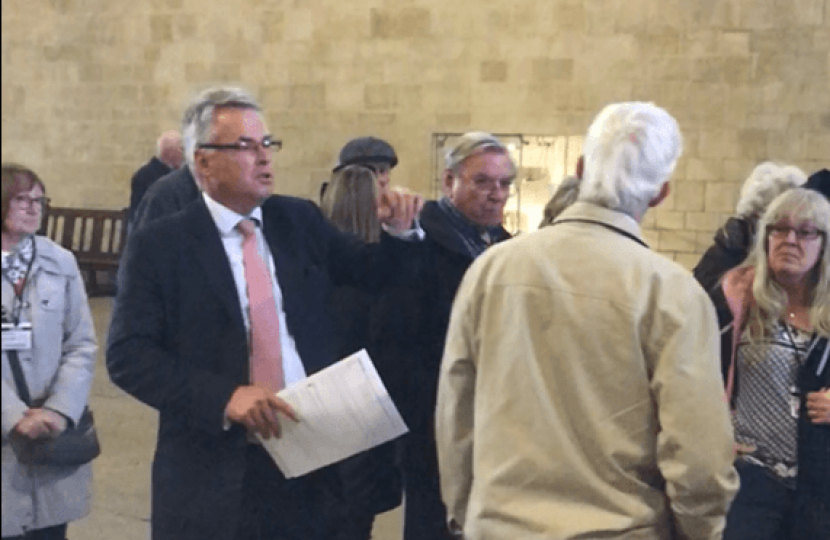 First of all, my apologies for the absence of my column last week (for some it may have come as a relief!) but in all the latest chaos about Brexit it completely slipped my mind and then events overtook. Otherwise the week started relatively well with my train actually arriving in time for me to host a large group of Shoreham Beach residents for a tour of Parliament. I say large but it was considerably smaller by the end as we kept losing people and I do hope they all made it back to the bus okay.

I have been encouraging as many constituents as possible to come to visit Parliament before the UNESCO World heritage site is evacuated in a few years’ time for the much-needed complete overhaul. The alternative we are likely to be moved into, the old Department of Health building, certainly lacks the charm and the historic interest so will not be such a worthwhile trip. So do get in touch if you are part of a group that is interested in a visit or just family members. We had a lively question time session before the tour, on what should have been another momentous meaningful vote day in Parliament, but it always amazes me how few people on the tour had actually ever visited Parliament before, despite it being free and easy to organise.

As usual I have posted weekly videos outlining the week ahead in Parliament and in the constituency, which is of course becoming increasingly difficult to predict. I have given up doing pre-recorded interviews rather than live ones because by the time they have gone to air anything I have said about Brexit has become increasingly overtaken by events. I will carry on regardless though and thank you for all the (mostly) very positive feedback.

I was able to get away from Parliament in time for a roundtable meeting with local nursery providers concerned about the practical implications of the Government’s free childcare offer. First of all it is not free, but funded by the taxpayer, and independent nursery providers are concerned that the level that they are remunerated for the additional 15 hours now funded does not meet the actual costs. We are blessed with some excellent nurseries in Worthing and the roundtable turned onto a mass audience of nearly 50 nursery owners and managers held at the excellent Kamelia Kids centre in Goring which I know well.

As with the school funding issue it is always helpful for me to have real  life actual evidence from those at the frontline and those attending gave me some really useful facts and experiences to take back to the current Minister for Children.

Well done to the Lancing youth charity Electric Storm Youth for organising another successful ‘Spring Skate’ tournament at the skate park on Lancing Beach Green. The standard of the skating seems to have got frighteningly good and it is particularly gratifying to see things appear to have settled down at the skate park after the spate of vandalism and anti-social behaviour last year. Events like this certainly help to cement the kids’ ownership of the facility and help local people do their bit to make sure that the small minority of troublemakers do not ruin it for everyone else.