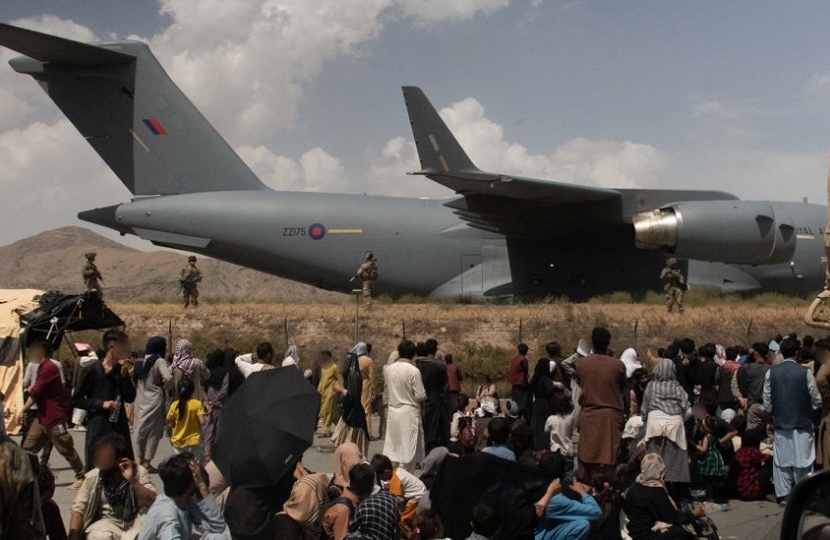 As I write I have just heard the very welcome news that a constituent from Lancing and his family have boarded a flight out of Kabul after a week in and out of queues dodging the Taliban, stampedes and general chaos. My office has been working directly with others night and day to make sure they have the necessary permissions to be evacuated to safety. Some are already back in the UK; others are still battling their way through. It has been very sobering to hear the first-hand experiences from the frontline of people as they try to make it to safety.

Last week I gave an update after the debate on the Afghanistan situation in the Commons and since then it has been a very fast moving and fast changing situation. Thank you to all those who have written to me urging our Government to do everything we can to evacuate as many people as risk as possible and that is exactly what has been happening. All those individual cases that have come directly to me have been passed on to the appropriate authority and we are monitoring their progress. At the end of this update I have included contact details for cases of vulnerable non-British nationals who may need help.

Over the last couple of days I have had briefings with ministers from the Home Office, Foreign Office and Ministry of Defence; heads of Border Force and the military command centre and our excellent ambassador who has stayed behind in Kabul, Sir Laurie Bristow. The British effort that has been going on in Kabul and in London has been absolutely gargantuan and we should be very proud of how our military and officials have stepped up to the mark and continue to work tirelessly around the clock. I pay particular tribute to Border Force officials, soldiers and others who have volunteered to be flown out to Kabul to do their job in very dangerous circumstances to them personally.

Please be assured that everything is being done in the last few days that remain before US forces unilaterally withdraw on the instructions of an American administration who basically have made a complete shamble of their exit, with little regard for the wellbeing of their allies.

I have set out a few highlights from the briefings I have had below and will continue to post further information as that becomes necessary. Please let me know if you are aware of friends or family with constituency connections who still need help but please be aware that British officials are calling forward a very large number of people who are British passport holders and their families; have been working alongside the British military or other British Government agencies or Afghan nationals who have been identified as particularly vulnerable usually with some connection to the UK. The problem is not capacity to evacuate people with currently a plane taking off every 45 minutes. The problem is getting people to the airport running the gauntlet of numerous Taliban checkpoints.

Inevitably some people will be missed in such a chaotic situation and work is being undertaken to secure exit routes once the airport is no longer held by NATO forces but that obviously depends on the very volatile and ruthless regime that the Taliban will be installing.

For non-British nationals who are considered under the ARAP scheme, please send their details to localstaff-afghanistan@mod.gov.uk.

For the vulnerable Afghans remaining in Afghanistan when we are no longer able to conduct evacuation flights, the Home Office have established a telephone number for vulnerable non-British nationals in need of assistance. The number +44 (0)2475 389980 is already live.