What your MP can do for you? | Tim Loughton MP Skip to main content

What your MP can do for you? 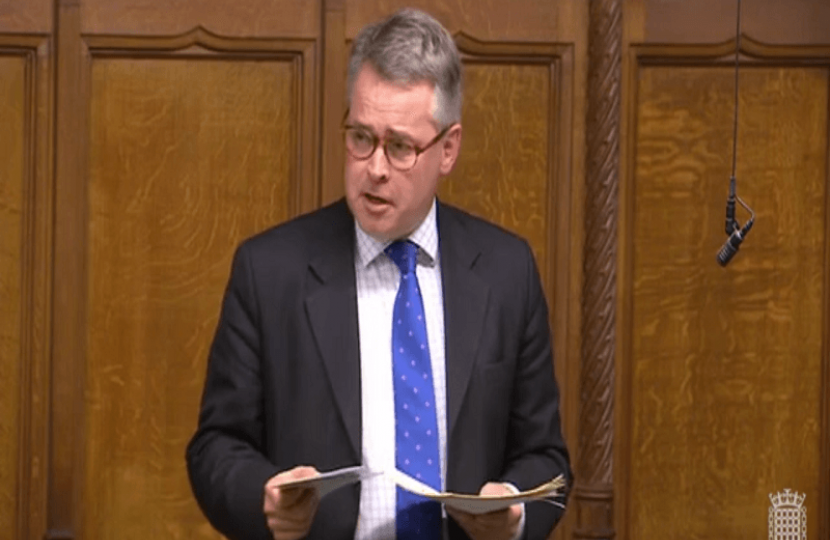 What your MP can do for you?

As a Member of Parliament, it is my role to represent all of my constituents, regardless of whether they voted for me or didn’t vote at all. I am very much the MP for everyone who lives in Adur and the four eastern wards of Worthing (Broadwater, Gaisford, Offington and Selden) and that includes everyone under the age of 18 too. As the former Minister for Children and Young People, I particularly value engagement with young people and promoting their voice and role in the local community . If you are a constituent of East Worthing & Shoreham, I can help you in a number of ways from making representations on your behalf, writing to local councils and other agencies, as well as relevant government ministers, or raising matters publicly and locally.

As with all MPs, I am approached for help on a very wide range of issues and so I have a team of caseworkers, who help me to take up problems for you and for specialist advice can call on the considerable expertise of the House of Commons Library. Where there are matters which potentially affect national legislation, I can often raise this with colleagues, ministers and in debates in the House of Commons. MPs do not have any jurisdiction over local council decisions, but I am happy to assist in raising local matters with local councils. Many of the cases that come to me, such as housing and roads, are primarily the responsibility of local councils, so you should exhaust their referral processes first and where appropriate seek the help of your ward councillor before bringing it to me.

Please note that Members of Parliament are not permitted to intervene in any matters of a legal nature and cannot offer legal advice. In any case, I have no legal training or background

Responsible for Government policy on culture, the arts, media, gambling, the national lottery, sport and the Olympics.

Responsible for Government policy on foreign affairs and diplomacy. The Foreign Office is also responsible for Consular services, travel advice and sanctions implemented by the UK.

Responsible for Government policy on Health and provides strategic leadership for public health, the NHS and social care in England.

Responsible for Government policy on international development and foreign aid.

Responsible for Government policy on the Courts, the Probation Service and Prisons.

Responsible for Government policy on aviation, roads, rail and shipping

Responsible for Government policy on economics, finance and taxation

Department for Work and Pensions - http://www.dwp.gov.uk/

Responsible for Government policy on welfare and pension policy, including pensions, the child support agency and job centres.

Responsible for overseeing negotiations to leave the EU and establishing the future relationship between the UK and the EU.

Responsible for developing and delivering a comprehensive industrial strategy and leading the government's relationship with business, ensuring the country has secure energy supplies that are reliable, affordable and clean.

Alternatively, if a constituent is happy for the issue to be made public, an MP can ask an oral or written question, secure a debate or petition Parliament.

Once a month each minister from each government department answer questions from MPs at the Dispatch Box. There is a limit to the number of questions that can be asked. MPs can also table a written question to the relevant Government department, which are published in Hansard. http://www.parliament.uk/business/publications/hansard/

MPs may be able to raise a constituent's issue in a short debate ranging from half an hour  to an hour and a half either in the main chamber or in the secondary debating chamber Westminster Hall. These are often referred to as Adjournment Debates. To get an adjournment debate, MPs must be successful in a ballot of Members of Parliament or have the subject chosen by the Speaker. The debates are usually the last business of the day in the main chamber or on Tuesdays and Wednesdays in Westminster Hall and a government minister responds at the end of the debate.

Please note that there are literally dozens of debates on all sorts of subjects, local, national and international each week. Only a few of these will necessarily be relevant to Tim’s particular interests or to his constituents and there will always be a lot of competition to speak from Parliament’s 650 MPs so speaking time is usually ‘rationed.’ The Commons sometimes sits on Fridays usually to debate Private Member’s Bills which rarely make it into legislation and in any case having spent Mondays to Thursdays in Westminster most MPs will be in their constituencies and at weekend to carry out constituency visits, surgeries and other duties. To fit in all Tim’s other responsibilities he will have to prioritise his workload which is why spending time participating in debates forms only a small part of his weekly schedule so. Often there can be mischief on social media about why there are not more MPs in a debate but there will usually be good reasons for that and most of the heavy-duty work in committees, working on legislation etc. goes on unrecorded by the media even though much of it is broadcast.

Members of Parliament can present a petition to Parliament on behalf of their constituents. The format and wording of the petition need to be in a particular way. For more information or guidance, please contact -

MPs do not have any jurisdiction over local Council decisions. However, they can write to a local Council and ask them to look into a problem or to reconsider an issue. In the first instance, constituents should contact their local Council or Councillor.