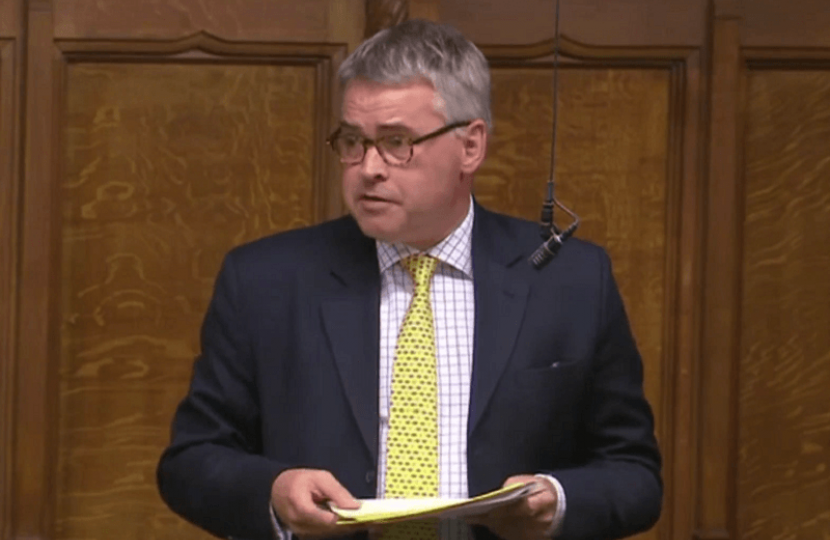 At the end of October I took part in a debate in the House on the findings of the Youth Parliament Select Committee report on Young people's mental health.

I was delighted that the debate was held for two main reasons. First, this is an important subject. It is something that we are failing on, so it is right, proper and beneficial that we talk about it openly, especially because young people are much more prepared than ever to come forward with their own stories of their problems and issues, hopefully so that solutions can be found through them.

I am a big supporter of the UK Youth Parliament. It was founded during my time in Parliament, and I always try to attend its annual parliamentary sittings, which are a great spectacle. It is always exceedingly frustrating for MPs when we return on the Monday and the Speaker inevitably says, “Why don’t you lot behave as well as the UK Youth Parliament members who were here on Friday; they are very smart, very concise, very well behaved, don’t heckle and set an example?” It is a shame that the media coverage of the Youth Parliament sitting is not more extensive because it is a great event for a great organisation, and it is great that we are discussing its work today.

There is a growing acknowledgement that those first early years of a child’s life are absolutely crucial. Getting it right as parents with professional help and public resource to support where needed has the potential to make a huge difference to how that child will grow into an adult contributing to society.