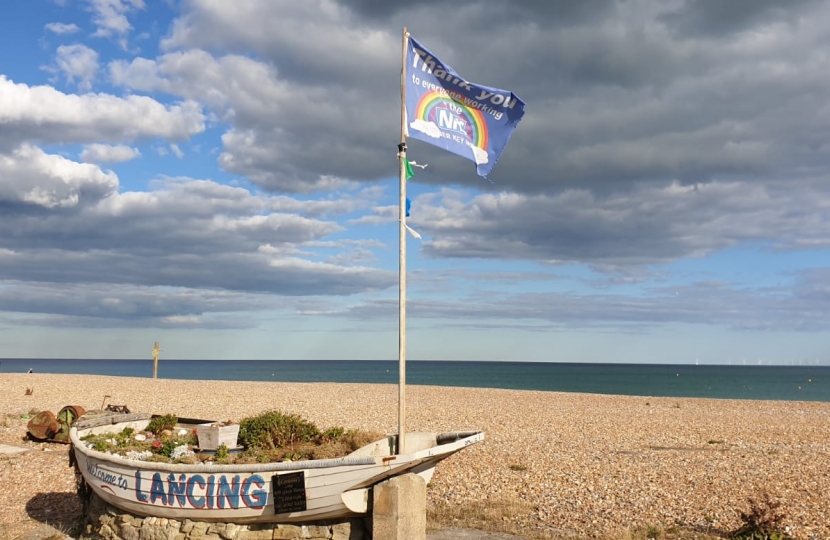 Today was a day of mixed news starting with the game-changing announcement that the Oxford/AstraZeneca vaccine has been approved for use. The UK has bought 100m doses in advance which means it can now be rolled out very quickly and is much more versatile and accessible without the need for storage in ultra-frozen temperatures like the Pfizer version which the UK was the first to use earlier this month. A number of constituents have asked me when it will be available locally. I have been keeping the vaccination section of my website updated but essentially new centres in Adur and Worthing should be up and running at the beginning of next week and people in the top priority groups will start to receive invitations to attend for a jab. The UK has bought more vaccine per head than any other country so there will be plenty for everybody to have the double jab a couple of months apart, but a high level of immunity is produced  from the first jab.

The bad news is that tragically COVID fatalities shot up to 981 yesterday, the highest level since April. This is a stark warning sign that this second wave is still very dangerous and everyone needs to take every precaution until the great majority of the population has been vaccinated which will take several months.  Whilst I have expressed reservations about some of the specific lockdown measures brought in, they are a legal requirement and it is essential that everyone does what they are asked to do. From the many complaints I have seen about large gatherings of people in public places clearly some people are being complacent at best or irresponsible at worst. So please stay at home as much as possible; keep your distance whenever you are out and avoid busy places’ wear a mask and wash your hands. And certainly don’t even think about going out, or inviting friends round, for New Year’s Eve parties. There will be plenty of time and much better reason to celebrate when this is all over later in the spring of 2021 hopefully.

The Christmas telly may be rubbish but there is plenty of good stuff on Netflix to keep you occupied or you could even talk to other members of your family!

Today I spoke to the Chief Executive of Worthing Hospital for an update as I am aware that there has been a lot of unhelpful misinformation circulating on social media. These are the up to date headlines:

So, as we would expect from the best hospital in the country Worthing is doing well but under severe pressure. So please do your bit and keep away from A&E unless it is a real emergency and keep away from everybody else as much as possible as well.

Have a good but socially distanced New Year.