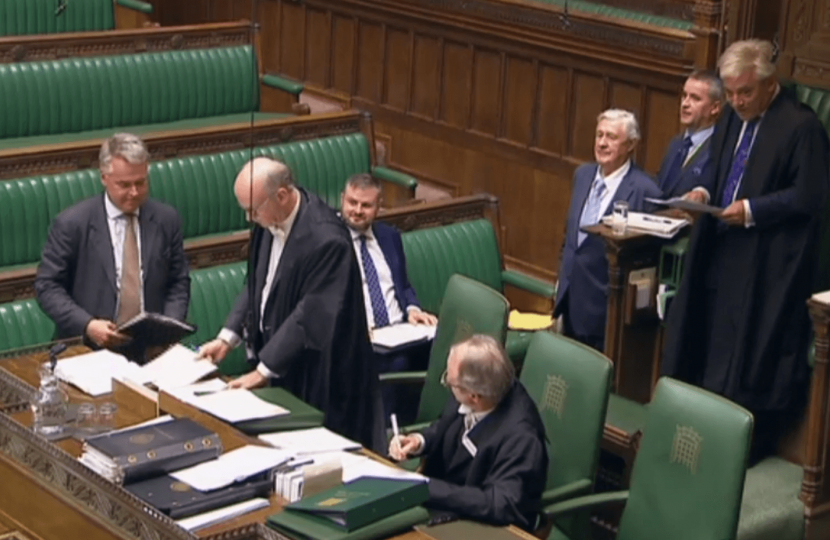 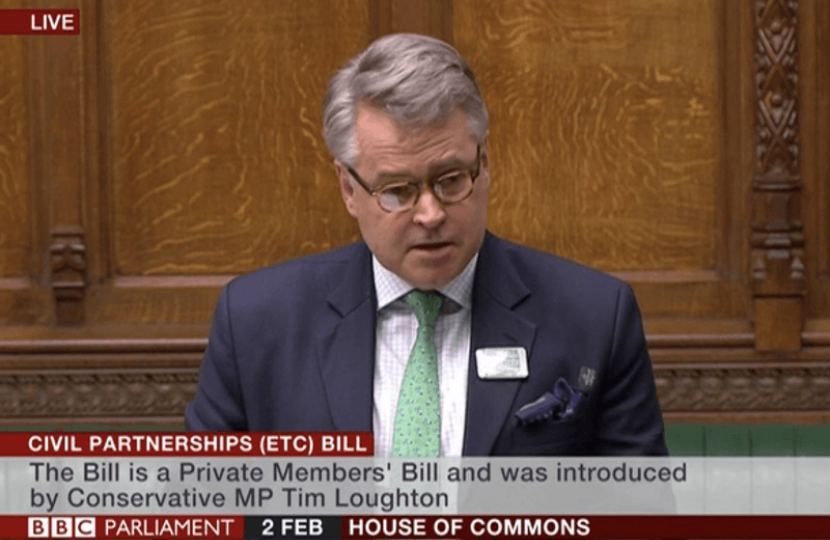 Tim Loughton MP (East Worthing & Shoreham) has today tabled his Private Members’ Bill following his name being drawn fifth from the ballot. Tim’s Bill will create equal civil partnerships, ensuring heterosexual couples have exactly the same opportunity to register a civil partnership as same-sex couples; create a system of proper registration for still born babies; and ensure that a mother’s name can be on marriage certificate.

“Thank you to all the constituents and several hundred others from around the country who sent me ideas for the subject of my Private Member’s Bill having come up in the House of Commons ballot for the first time in 20 years. I have now finalised my bill’s title and it was presented in the Commons yesterday. It will be the Civil Partnerships, Marriages and Deaths (Registration Etc.) Bill.

“Essentially I am being rather greedy and I am trying to squeeze several deserving causes I have campaigned on into one Bill on the basis that it has taken 20 years to be given the chance at all of actually changing legislation in this way, and I probably won’t get the chance again. I have come up the number 5 bill in a ballot of 20 which usually has a fair chance of becoming law if a member can secure Government support.

“I have tried several timed to extend civil partnerships to opposite sex couples having strongly supported the long overdue change in 2004 to recognise same sex partnerships in the eyes of the law. There are 2.9 million co-habiting couples in the UK, around half with children, who for a variety of reasons choose not to get married and often only find out to late that there is no such thing as a common law spouse and they have no protection under the law. A recent High Court case urged the Government to resolve this anomaly and my Bill would do that.

“I have also campaigned on the injustice of late term stillbirths based on local tragic case where a child who is stillborn and whose mother has gone through all the tribulations of pregnancy and giving birth, is not recognised in the eyes of the state unless born over 24 weeks. With some babies surviving now as early as 22 weeks this can only add to the grief of parents and many charities support this change. We have a poor record on stillbirths generally in the UK and coroners have asked for the power to investigate late term stillbirths to understand the underlying causes so again this measure in my bill would help to address this problem.

“Finally I am seeking to ensure that a mother’s details can be included on marriage certificates rather than just the father’s now we are in the 21st century. Again I hope these are all measures which will attract widespread and cross-party support and my 20 year wait will not have been in vain.”

1.         A provision on civil partnerships for heterosexual couples as per my previous Ten Minute and Presentation Bills consisting of a very straightforward amendment to the Civil Partnership Act 2004

2.         A provision on registration of stillbirths (my previous Ten Minute Rule Bill covered this as an amendment to the definition in the Births and Death Registration Act 1953 of “still-born child” so that there is formal recording of a child stillborn in the normal way but under 24 weeks gestation.

3.         An amendment to the Coroner and Justice Act 2009 to give coroners power to investigate late stage stillbirths (e.g. if there is suspected medical negligence) as per the ‘Clara’s Law’ campaign

4.         Mothers’ names on marriage and civil partnership certificates based on Ed Argar's Bill and various others cross-party: http://services.parliament.uk/bills/2015-16/marriageandcivilpartnership…

"We are delighted that Tim has chosen to use his Private Members Bill to create mixed-sex civil partnerships. His decision will not only be popular with the thousands who have signed our petition calling for such a change in the law but with the MPs from across the House who have backed our campaign. We're looking forward to working with Tim to steer his bill through parliament and in doing so extend choice and the full opportunities for legal and financial to millions of mixed-sex couples"

You can watch the Bill's progress here: http://services.parliament.uk/bills/2017-19/civilpartnershipsmarriagesanddeathsregistrationetc.html