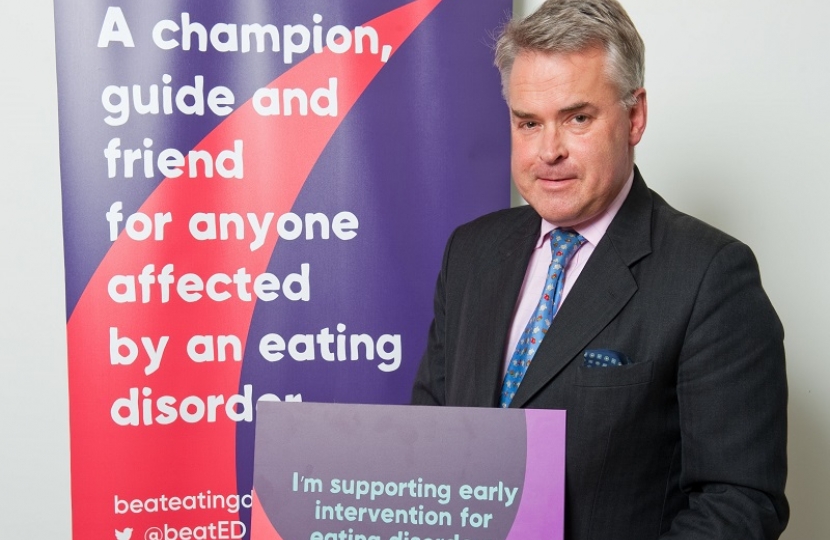 The research was launched on Wednesday 15 November, in Parliament, and it focussed on where the delays in finding treatment lie.

Beat’s analysis of 1478 survey respondents found that on average, it takes sufferers over 18 months to realise they have an eating disorder and over a year following this before they seek help.

The research also found an average wait of 6 months between sufferers first visiting a GP and receiving treatment.

Successfully treating anorexia becomes harder after 3 years so this wait means that many people are seeking help when their illness is still highly treatable, but not receiving it until later, when the likely outcome is more negative.

“I am delighted that Tim Loughton MP has backed our new research. We hope this has highlighted to MPs and Government the importance of early intervention and the key part that plays in improving a person’s chances of recovery.

“Eating disorders are serious mental illnesses and when people are treated within three years of falling ill, they are much more likely to have a quick and sustained recovery. The news that on average there is a delay of three-and-a-half years after symptoms emerging is very concerning.”

Beat also found that eating disorders have a significant impact on the whole family, who on average spend over £32,000 on travel to clinics, special food, lost time at work and other expenses. 44% of mothers and 31% of fathers described themselves as ‘extremely badly’ affected by the wait for their son or daughter to access treatment.

“When we look at the impact this has on those affected by eating disorders, it is devastating. We’ve spoken to carers who have had to give up work, a sister who at 12 years-old considered herself a ‘carer’ to her sister and her struggling parents and a mother who said the illness was destroying their family.”

The charity is calling on the Government to take action to do more to encourage people to seek help as soon as possible. Beat is also calling for more funds to be made available nationwide so that everyone can get the treatment they need once they have been referred to mental health services.