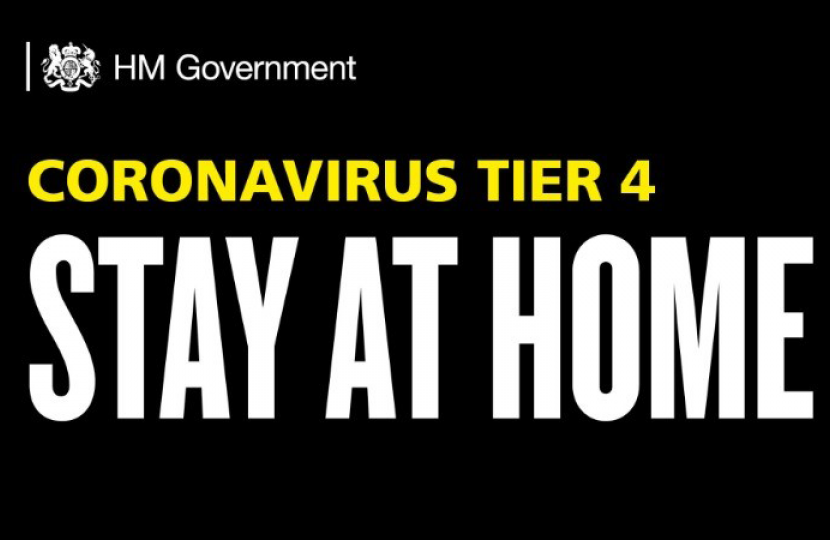 The news that the whole of Sussex will now be in Tier 4 from the start of Boxing Day is very disappointing and comes as part of a major extension of tighter restrictions with 46 local authorities now to be covered by Tier 4. Many others have been moved up from Tiers 1 and 2 as well. I have been part of a number of briefings with ministers and NHS clinical experts today and it is clear that not only is the new strain of COVID-19 proving to be very virulent in the south-east especially but a second new variant has also been identified which is thought to have originated in South Africa.

Despite all the recent moves by France to summarily close borders causing the chaos at Dover it is highly likely that these other strains are already prevalent across the Continent - it is just that the UK is ahead of the pack in identifying the science and the impact.

Having enjoyed some of the lowest infection rates in the country over recent weeks Worthing and particularly Adur have seen big rises in recent days, although remaining below the national average. The south-east alone has now seen a 75% rise in infections in the last week alone. The example of Hastings having been in the lowest 10 infection areas in the country to now being in the top 10 with over 800 cases per 100,000 population it is clear just how rapidly this thing can take hold.

We have also had briefings today with the head of the Western Sussex Hospitals Trust and our hospitals ae coping well although numbers at the Sussex County and Princess Royal have been moving up sharply.

As you know I have not been in favour of blanket national lockdowns and I have queried the evidence that requires such a blunt instrument that impacts so dramatically on certain livelihoods and people’s lives but I have never been in any doubt about the seriousness of the threat that faces us all and that is never clearer than now.

I want to thank everyone who has made so many sacrifices to take every precaution against spreading the virus, but it is likely that things are going to get worse before they get better and it is important that everyone abides by the new restrictions.

Parliament is not sitting at the moment although it is likely to be recalled next week if a Brexit deal is done which is now looking imminent, and there will be opportunities to challenge ministers and officials publicly then on these recent developments. It is important that the Government continue to make as much support as possible available to businesses such as those in the hospitality industry who will again be impacted the most by this news and I will continue to press for that and take up their cause.

In the meantime, I will continue to update the Coronavirus section on my website with as much new information as possible.