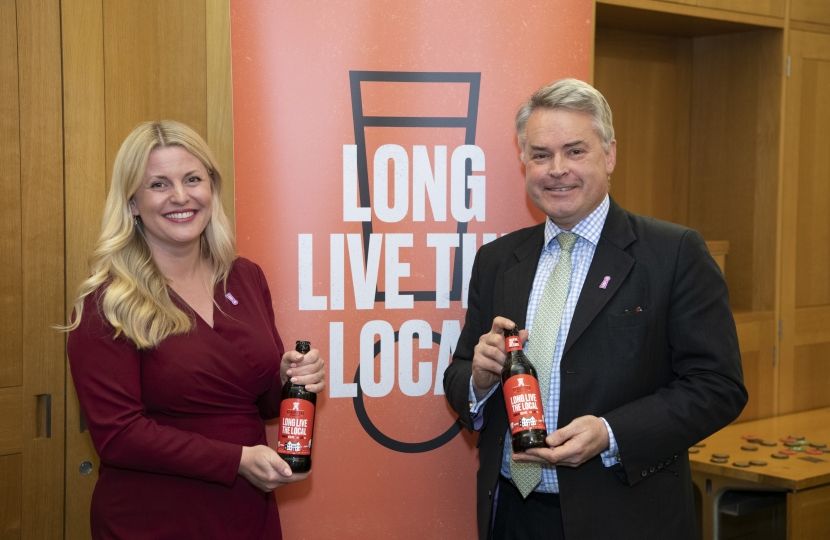 I’m calling on the Government to cut beer tax at the Budget. With £1 in every £3 pounds spent in UK pubs going to the taxman, British drinkers now pay 40% of all beer tax across the EU, but drink only 12% of the beer. Seven in ten alcoholic drinks served in pubs are beer, underlining how directly a cut in beer duty will help pubs. Brewing and pubs in East Worthing and Shoreham supports 889 jobs and contributes £21.4m to the local economy.

“Pubs are at the heart of communities across East Worthing and Shoreham, but with three British pubs closing their doors for good every day the Government should consider a cut to beer tax. I’m supporting the Long Live the Local campaign and calling on the Chancellor to cut beer tax at this year’s Budget to support pubs in our local communities.”