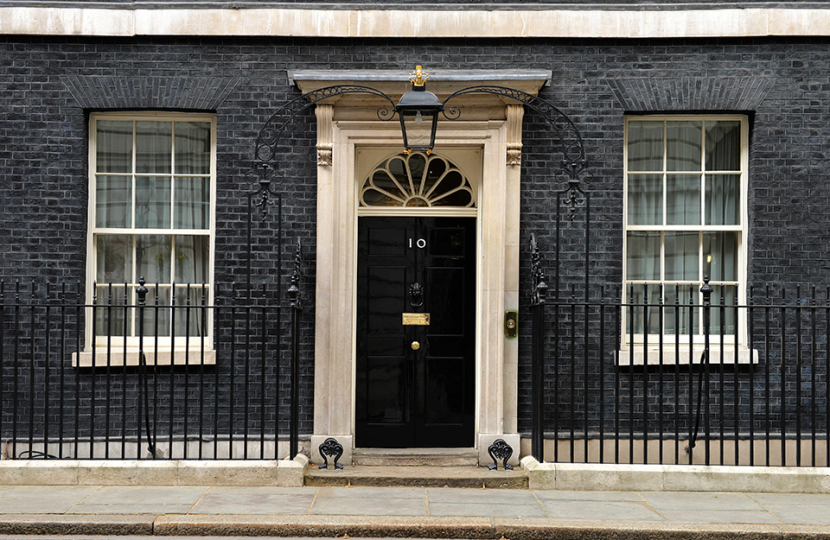 Thank you to all those constituents (and a lot more besides) who have written to me with their views on the current state of play with the Prime Minister or ‘Partygate,’ and what I should be doing about it. Inevitably some are politically motivated, but most people have expressed genuinely held views and have been deeply troubled, angered or appalled by recent events involving Number 10. That includes people who have previously been great supporters of Boris Johnson as well as Conservative Party members. I entirely recognise that, and I have to tell you that along with very many of my Conservative Parliamentary colleagues I am very angry too. Frankly if I were in your position, I probably would have written to my MP to sound off too.

To those who have written to me pre-judging my response by saying either they know I will not reply or no doubt I will just be towing the party line, can I respectfully suggest that they do me the courtesy of doing a little research and looking at my record. The Conservative Chief Whip would be horrified if I was labelled as an MP who always towed the line! My Facebook page contains many blogs by me tackling head on difficult issues, not least when they may be uncomfortable for the Government or my party. And no, I have not attended any Downing Street parties that might have broken lockdown rules and have striven to follow all the regulations that my constituents have been expected to follow even though I have questioned their logic or proportionality is some cases.

To those constituents who have never contacted me before and have now written demanding a reply by return and that if I don’t do so, and don’t agree with their calls for Boris Johnson to resign, then I am just as bad as him, I respectfully say that I hope most of my constituents know I tend to avoid kneejerk reactions or token responses for show. My approach has always been to consider the evidence, take soundings from colleagues and constituents and then decide on what I believe is the best course of action for my constituency and the country at large. That is exactly what I have been doing this week as events have unfolded, right up to Saturday morning when I had some lively conversations with people at one of my regular street surgeries in Lancing and knocking on doors in Mash Barn ward.

As a result, I have regretfully come to the conclusion that Boris Johnson’s position is now untenable, that his resignation is the only way to bring this whole unfortunate episode to an end and I am working with colleagues to impress that view on Number 10. I am deeply sorry for the great hurt that has been caused to many people who have made substantial sacrifices during lockdown, ultimately in some cases not being able to share precious final moments with loved ones. Whatever our view on how disproportionate or impractical some of the lockdown measures may have been, it is entirely appropriate that we should all expect everyone to follow the rules equally, not least those responsible for implementing them.

It has strained belief that when most people were avoiding social events during the height of lockdown, that ill-advised events that we now know took place in or around Downing Street could in any way be construed as falling within the rules. As a result, that has given rise to a very understandable perception that there is one rule for some and another for the rest of us, and at a time when we need and expect the whole country to pull together to see us through the pandemic that threatens to undermine the authority of those making the rules and the rules themselves. That is not acceptable, and I have made it clear all along that if people have broken the law then they need to be held accountable to the law and punished appropriately, wherever it happened and whatever their status.

It is right that a high-ranking and experienced civil servant is investigating exactly what went on and who was involved and ultimately responsible. Anybody with any experience of Sue Gray will know that she is of the utmost integrity and her independence and robustness in getting to the truth should not be doubted. Her report needs to be published in full as soon as possible as the longer it drags on the more damage that is being done. So why have I decided to voice my views before that report is published in contrast to many colleagues who will hold their counsel until more facts are disclosed?

I appreciate that the Prime Minister has offered his profound apologies for the hurt that has been caused by the events that are now under investigation. I also recognise that in most cases he was not actually present at the parties/events/non-events in question and they were instigated by officials who really should have known better and clearly some heads need to roll or at least fines imposed that the rest of us would have risked in similar circumstances. But frankly the issue for me is not how many sausage rolls or glasses of prosecco the Prime Minister actually consumed. The reason for my conclusion in calling for him to stand down is the way that he has handled the mounting revelations in the last few weeks.

Obfuscation, prevarication and evasion have been the order of the day when clarity, honesty and contrition was what was needed and what the British people deserve. And for that I express my own apologies to of my constituents. If certain less battle-hardened colleagues of mine think that makes me out to be a ‘lightweight’ then so be it.

However, I cannot see how the facts that will be reported by Sue Gray can possibly change the terminal damage that has tragically been done to the reputation of the Prime Minister or how there is any way back from this for him. It is not down to a simple Government policy change or a sacking of ministers or officials to put things right. In this case all roads lead back to Downing Street and the person whose name is on the front door. The longer it drags on the more potential damage will be done to the important office that he holds and by association the capacity of the Government to ensure that the country at large is following the measures that are needed to see us through the pandemic.

As I have said it is with great regret that I have come to this conclusion and chosen to make my views public now to constituents. Whilst I was never on Boris’s leadership campaign team, he has undoubtedly achieved much during one of the most turbulent times to face any Prime Minister. He brought us out of the ‘parliamentary anarchy’ over Brexit which prevailed in 2019 and which has yet to be fully resolved. He has made many more right calls than wrong ones in how the Government has handled Covid and it looks as though we will soon be through this current spike in better shape than many of our European neighbours and with an economy that is the fastest growing in the G7 and beyond.

For all these things and more we should all be grateful for the Prime Minister’s leadership. However, the longer that he resists the inevitable the more damage that will be done to his reputation and his legacy and that is why I hope this can be resolved satisfactorily by him in the next few days. If not, then I know what I need to do without anymore advice, thank you very much.