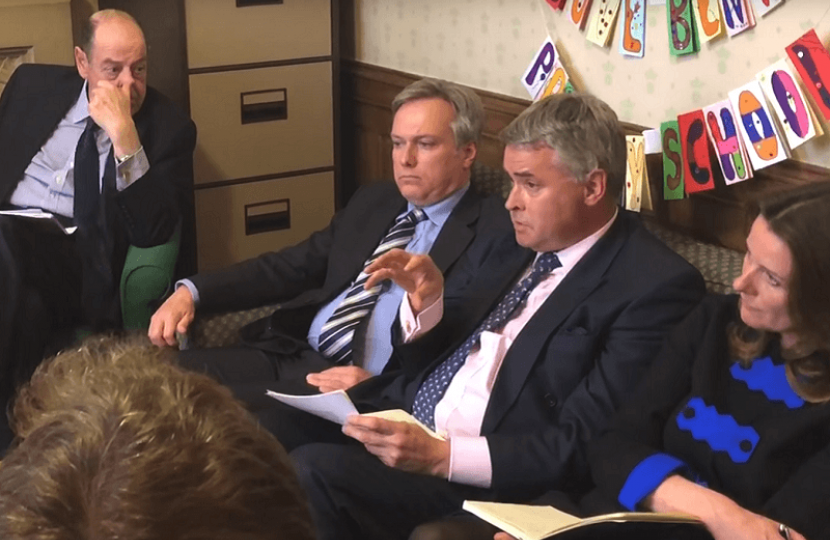 Here are the minutes of the 2 roundtables which I held with chairs of governors from schools across East Worthing & Shoreham on May 17th and 25th May.

All 28 schools were invited to attend and 18 took up the offer with some governors substituting and some sending additional members. Additionally I held a separate meeting with all the governors of Sompting Village School.

I am pleased to report that of the 28 state schools in East Worthing & Shoreham 18 schools were represented whilst additionally I was asked to attend separate briefings with the governor body of Sompting Village School and with the head and governors of Chesswood.

As promised I am now distributing my notes of the main points from those meetings and next steps. It is not an exhaustive list and I have tried to be as inclusive of all standpoints as possible so please feel free to come back to me with any omissions or corrections you feel appropriate. I will also be posting a version of this on social media.

The meeting was called at the suggestion of a couple of governors who asked me directly if I could repeat the exercise I held for all the heads across the constituency before last the summer break. I was very happy to do this as quickly as possible and suggested 3 possible dates and chose the 2 when virtually all chairs said they were available or could send a deputy. In one case a primary school actually sent 4 governors across the 2 meetings who I am pleased to report all contributed energetically.

The meeting was arranged before the ‘open letter’ from heads criticising an entry on my website and whilst this was not relevant to our discussions it was raised. Some governors said they supported the letter although few had actually seen it in advance of it being sent; some said it was unfortunate and a discussion should have been had privately to clarify the position first; one referred to it as ‘disrespectful.’ I explained why I thought it was unfair and counter-productive after the considerable time and support I had given to the Fair Funding Campaign and everything I have published to that effect on my social media sites which had been ignored for some reason. I have subsequently written to all the signatories requesting further information about their school situation from them. So far only a few heads have responded directly whilst a reduced number of heads has now signed a further letter to me.

My main ‘ask’ from the meeting was for each school to provide me with specific details about the impact that the funding shortfalls have had, are having and will have on their individual schools. This was something that I had requested of the heads last summer but only 3 schools responded and in most cases with limited information which was in any case before the additional £28m was announced. I explained that just receiving waves of identical letters from parents or schools referring to national figures or general concerns were of limited effect. What is much more helpful is to have specific details about how local schools are being hit now which I can use in Parliament and in further representations to ministers.

I am grateful to those governors who have already provided this information and we agreed to set a deadline of June 14th which was approximately a month from the date of the first of the roundtables. When I have compiled all this information I will write in detail to the Education Secretary and seek to raise the issues at a further debate in Parliament in collaboration with other West Sussex MPs. Contrary to speculation on the West Sussex SOS Facebook page encouraged by one governor I will be presenting this information regardless of the level of response although obviously the more information I get the stronger the case I can make.

I outlined the results of the recent meeting between West Sussex MPs and new Education Secretary Damian Hinds where we again robustly put forward the case:

All the above information was available on my website and in responses to individual constituents and specifically in a podcast which I had recorded on my social media sites straight after that meeting on April 17th. We are continuing to lobby Government on that basis so nothing has changed. However I emphasised that it is not in my power to force the Government to revisit its funding decisions, however strongly I may agree that the current situation is unfair. Subsequently it is important that MPs and other elected representatives, schools and parents maintain a united voice, which had certainly been the case until recently.

Realistically therefore I stressed that it is important not to raise expectations dishonestly as it remains unlikely that we will see any further additional funding in the immediate future and schools should budget on that basis helped in most cases by the modest breathing space that the £28m has provided over the next two years. Nevertheless we will continue to make the case for urgent shortfall funding but I described the most likely channels for this as follows:

At both meetings we had wide raging discussions about the effect of funding constraints and what difficult decisions faced governors and teachers in balancing budgets. This covered job losses, reduced subject availability, drastically reduced counselling and other support services, shrinking nurturing opportunities and capital budgets and many other issues which I have asked you to write down in more detail. I have also seen evidence of the impact on primary schools have to take on less school ready children and certain schools bearing a significant additional challenge of being the school of choice for children with SEN requirements even though they are not strictly in catchment.

I would like to reiterate how helpful the two roundtable meetings were and I hope that you were reassured how seriously I take the problem with local school funding and how this will continue to take up a disproportionate amount of my Parliamentary workload because I am determined to achieve what is best for children in my constituency.

Thank you again for your time and your hard work and I appreciate the enormous responsibility it is in this day and age to take on the role of school governor, a lot more so than when I performed the same task at an inner city London primary and secondary school back in the 1990’s. I look forward to receiving your further data as discussed or if you have already sent me something many thanks. When I have had the chance to compile everything and write again to the Education Secretary I will copy you in on the correspondence.