The Poplar Front and Overdevelopment in Shoreham 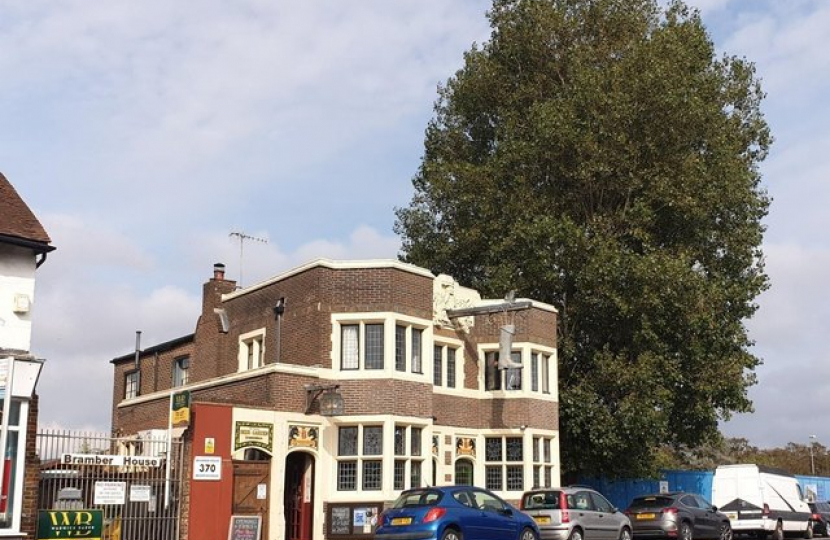 The Poplar Front and Overdevelopment In Shoreham

Many of you have contacted me regarding the planning application on the old Civic Centre site, I hope you will forgive this general reply which aims to encompass most of the issues that have been raised with me.

The Civic Centre planning application has now been passed by the Adur Planning Committee and I am aware that it was a fairly ‘high-octane’ meeting which generated a lot of interest. If people have complaints about the way the process was followed then that is a matter to take up with Adur Council and councillors, or ultimately through the Local Government Ombudsman. I am not aware of any evidence that due process was not properly followed regardless of whether people liked the outcome or not.

You will be aware that I did comment publicly about the proposed size of the Civic Centre development and made representations to councillors. The Leader of the Council Neil Parkin and others shared those concerns, and I was pleased therefore when the developers Hyde Housing withdrew their original application and came back with revised plans. The main alteration was to reduce the height of the tallest blocks with the removal of two storeys, with a decrease of 12 dwellings. This also made it lower than Free Wharf which has also been a controversial development on Shoreham Harbour Front.

I am only too aware of the long-held convention that any new developments should not overshadow the height of St Mary’s church spire, and certainly not in the centre of town. As many of the previously unoccupied or redundant waterfront sites on the A259 become available this is proving an increasing challenge and inevitably we are going to see a lot of new building added to this part of town, as identified in the Adur Local Plan, in any case. I welcome moves therefore to ‘ring-fence’ this as a specific ‘Harbour Quarter’ of Shoreham and avoid encroaching on the town centre and the conservation zone.

I remain very concerned however about the pressures this will bring on the Shoreham environment and how we balance this with the high demand for housing in the area and the lack of alternative open spaces to accommodate this. I have spoken many times in Parliament about the specific pressures on housebuilding in Adur where over 52% of the district council area falls within the National Park subject to very tight protection and to the south we are bordered by the sea where the only prospects for housing are more houseboats!

The problem is that Shoreham has become a victim of its own success. In my time as MP (I am not claiming credit!) Shoreham has been transformed and is now a very desirable location to live, with many families moving out of Brighton in particular. The problem is that the layout of a small Medieval coastal port town has changed very little over the centuries and there is little scope for major infrastructure enhancements particularly given the narrowness of the roads and lack of space to widen them.

Many years ago, we were presented with various incarnations of a ‘Vision for Shoreham Harbour’ which involved a major regeneration of this largely brownfield site. All would only ever have worked with major infrastructure improvements starting with a link between the A259 and the A27 probably to the east of Shoreham. When that didn’t happen my fear at the time is that the Port land would become subject to incremental development without the major ‘big bang’ infrastructure development to go with it and that is exactly what is now happening. It is not surprising that this is now bringing problems of congestion to an already congested road and concerns about air quality.

To tackle this councillor are having to work hard to encourage less environmentally damaging forms of transport and measures to reduce and offset pollution. I am pleased therefore that Adur and Worthing have combined with Brighton & Hove to bring in a substantial ‘Boris Bike’ type scheme to cover the whole area, and cycle lanes form a requirement of all these new developments especially along the Harbour Front.

To the west Adur Council have bought the 79 acres New Salts Farm site for rewilding and related community use, to act as a ‘green lung’ between the built-up areas and have now added Pad Farm north of the A27. On top of this we are of course pioneering the Sussex Bay Kelp Farm Project which will make very serious and sustainable contribution to our climate change goals. So we need to look at the immense environmental programme being spearheaded by local councils overall and I am fully engaged and supportive of that.

I realise that this will not have a huge impact on people’s preferences for driving a car and that is why Councillor Kevin Boram has been pressing for a proper ‘Traffic Audit’ of Shoreham to see how we can better use the space we have and probably involve a form of resident’s parking zone which was considered a few years ago but not pursued. I have emphasised to West Sussex County Council how important it is that we get on with that work given the scale of new development now coming down the tracks.

Back to the Civic Centre development, soe people have complained about developers only being concerned about maximising profit. In many cases this may be true, but the Civic Centre site is being taken on and built by Hyde Housing a not-for-profit social landlord. The units there will be social housing and affordable occupation and will primarily deal with local people who are already on the Council’s local housing list. For many families this will provide an opportunity to get out of temporary or cramped housing at last and the fact is that we need more like this. That is why I also welcome the council housebuilding currently underway on some of Adur’s garage sites and on Albion Street in Southwick.

Some people have made a big issue of the lone Poplar tree next to the Duke of Wellington pub. Unfortunately, the tree has not been identified as being worthy of any particular protection, but it would have a big impact on the amount of accommodation that would be lost to social housing if it were to stay. As it is substantial design work has had to go into the main buildings in consideration of the main drains under the old civic centre site which require access space around them. Taking into account the root protection area requirements of the Poplar tree it has been calculated that retaining it would involve the loss of 5 social rent units, as well as the likely commercial space as plant rooms and cycle/bin stores would need to be relocated to space allocated for that.

Whilst I regret the loss of a single tree it is being replaced by 25 new trees and of course trees absorb the maximum amount of carbon in the first 18-20 years of their lives. It is also planned to plant a larger London Plane tree on Eastern Avenue in lieu too. In addition to this Adur will be planting hundreds of new trees including on the new land acquisitions I have mentioned and thousands of local residents in Adur and Worthing will qualify for free trees under the Platinum Jubilee tree planting scheme. In the circumstances therefore this is a very substantial net gain of new trees in the district on top of a substantial increase in much needed social housing.

I am sorry for the length of this letter, but I hope it explains in more detail why there is a lot going on in Adur district and why this one development, and certainly one tree, should not be seen in isolation. I do think that the town needs to have a fuller debate about the future of development in Shoreham and I recognise that councillors are between a rock and a  hard place in having to produce additional housing whilst at the same time not spoiling the environment for those people who are here already on our increasingly popular, densely populated but special part of the Sussex coastal strip.

As always please do come back to me if you have any further specific queries.