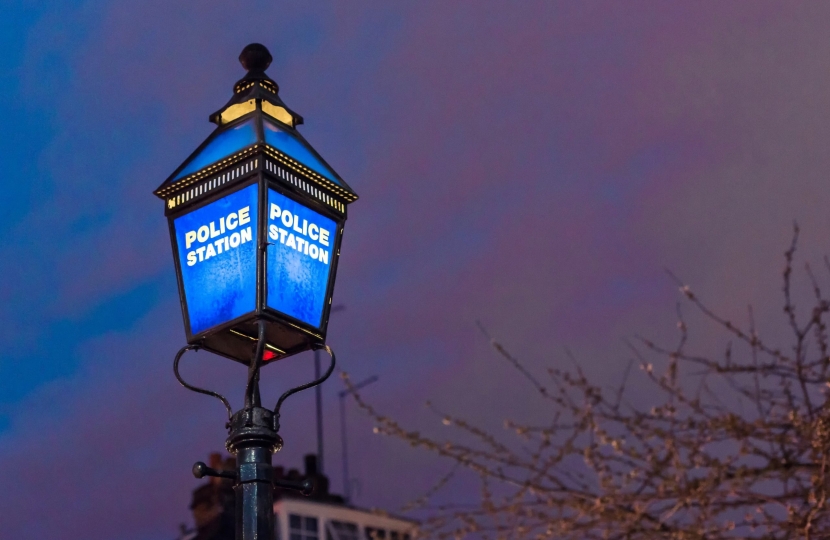 This week the very comprehensive ‘Police, Crime, Sentencing and Courts Bill’ passed its initial Parliamentary stages in the House of Commons and I enthusiastically voted for it. A number of constituents took a different view and wrote urging me to vote it down largely on the basis of what I believe to be a misinterpretation of proposals to place restrictions on some of the most violent and disruptive public demonstrations.

However, there were many god measures in this Bill which many of my constituents warmly welcome and have been a long time coming. Many of the provisions were manifesto promises from the 2019 Election or included in the White Paper from the Home Office last September. The proposals have therefore certainly not been rushed and have in many cases been under consideration for some time. They include:

Extraordinarily the main Opposition parties, led by Labour, voted against the whole Bill which would have meant that all these measures would have been lost. Normally, if they had objections they would concern and then propose amendments in the Committee stages of the Bill and that is where many improvements can be made. But instead they wanted to kill the bill altogether, and without having anything to offer in its place.

Peaceful protesters have nothing to fear from the measures proposed in the Bill. The measures specifically refer to public demonstrations which pose ‘serious disruption to the life of the community’ or ‘recklessly causing public nuisance.’ There is a high bar for any such restrictions to be applied and it would be for use in the minority of cases where those involved are intent on causing a disproportionate impact of ordinary law-abiding citizens who are prevented from going about their everyday lives.

I spoke on this issue in the Commons debate this week and it is concerning that the measures have been so distorted by the Opposition that they are effectively scaremongering people into thinking this is some clampdown on civil liberties which it isn’t, and if it was - I would not be supporting it.

To be clear the sorts of ‘demonstrations’ that are involved here are the type of exploits that have become commonplace by Extinction Rebellion: gluing yourself to tube trains to disrupt the whole London underground; climbing on to planes to try to close down an airport; stopping the free press from being able to distribute newspapers; blocking ambulances from accessing A&E departments as happened again on Westminster Bridge on the night of the debate. None of these stunts do anything to further free speech, free association, or any part of the democratic process and frankly too many of my constituents tell me they are sick and tired of it, and how it is one law for these completely irresponsible self-proclaimed activists and another for everybody else. They have had enough of it, let alone the cost to the public purse, and I agree. Peaceful constructive protest is fundamental to our democratic society. Causing chaos without any regard to the lives of law-abiding citizens, hurling rocks at overwhelmed police officers and trying to bring our economy to a standstill is not and never should be.

The scenes we saw last weekend from Clapham Common were disturbing and it is right that the police are now being scrutinised for how they handled what was always going to be a very poignant event which has touched so many people, and not just women. Given the pandemic it was not helpful to encourage any form of public gathering particularly one dominated by younger people who will largely not have been vaccinated yet. However, in the circumstances it was difficult to deter people who wanted to be able to be part of something to show empathy with the family of Sarah Everard in this tragic case and solidarity with all those who are undoubtedly feeling unsafe on our streets, and that is predominantly but not exclusively young women.

In the circumstances light touch policing would have been appropriate. The vast majority of people treated the event as a ‘peaceful vigil’. However those people who came along with placards pronouncing ‘Defund the Police’ or shouting F*** the Police in the faces of police officers trying to do a difficult job were clearly not there for a peaceful vigil and frankly need to be condemned for crassly trying to hijack such a poignant tragedy for political purposes. I would recommend you read this particularly poignant piece written by one of Sarah’s close friends and why she chose to go to Clapham Common privately last weekend rather than as part of a mass event.  https://www.spiked-online.com/2021/03/13/this-is-not-what-sarah-would-have-wanted/

However the investigation going on will give further details and I am not going to condemn the police outright with a knee-jerk reaction at this stage, as they have a particularly difficult job to do at the moment as it is. Whilst the Bill was finalised before the tragic events of last week if there are measures which now need to be considered as a result then obviously there will be plenty of opportunities to improve the legislation during Parliamentary scrutiny. I am also pleased that the Home Affairs Select Committee, of which I am a member, has announced that we will be holding an urgent inquiry into the events of last weekend as well as a wider study into violence against women and girls and especially the ongoing problem of the low conviction rates for rape.

The tragic events of last week have certainly concentrated our minds again on the threats that too many women still face whether just trying to get home safely on a dark night or what some call ‘everyday sexism’ in public places. As someone who has a daughter who  lives streets away from Sarah Everard I know just how real these threats can feel. I am pleased that in response the Government has announced a  series of measures to help make our streets safer for young women. This is an issue which the Government and I take very seriously and it is worth reflecting on the many measures that disproportionately benefit women which have already been instigated under Conservative governments in recent years but there is more that needs to be done involving all of us. This Government has: