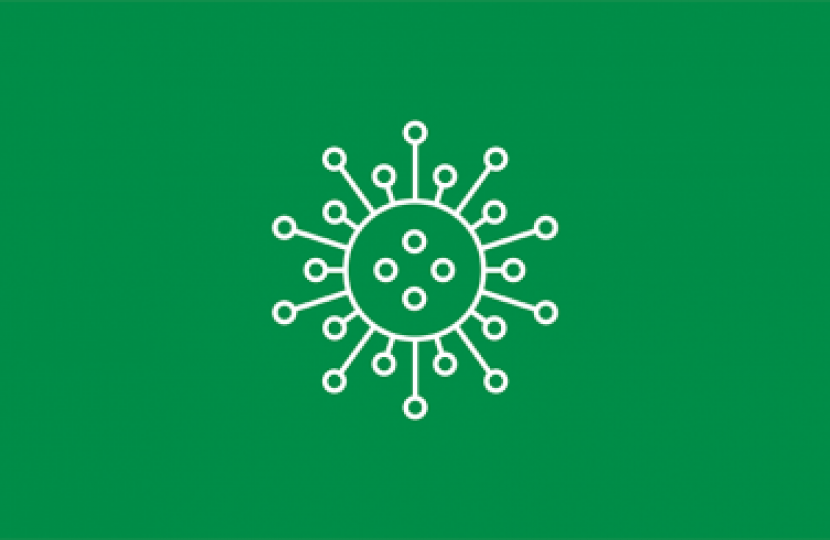 Just when you thought it was safe to start to gear up for the festive season the ghost of Christmas parties past rears its ugly head and new restrictions for Christmas future appear. The last week has certainly been the worst since, well, the previous week and not surprisingly a number of constituents have emailed to complain about that Downing Street party and new COVID rules. I am not surprised, and I have been pretty angry about it too.

So - to take the main questions and points that have been hurled in my direction thus far:

I know no more than what everyone else has seen in the media about this mystery party, whether it was actually a full-blown party that broke the rules and who was there.

Having said that, at a time when all of us were making considerable sacrifices to abide by the rules and do our bit to thwart the virus it does not look good when people in a position of trust and authority appear to belittle the rules and not take them seriously themselves. The video footage of the mock Downing Street press conference has rightly caused particular outrage, which I share, and I am relieved that press spokeswoman Allegra Stratton has resigned.

No, I was not there personally at this party or any other party during lockdown. It appears that this event was purely for employees in their office and no MPs, Ministers or the Prime Minster were involved. It did however happen under the PM’s roof and he has ultimate responsibility.

I do not understand why apparently there has been this confusion about whether a party actually took place and whether rules have been broken. The extended prevarication has understandably led to some people thinking the worst and it is right that the Cabinet Secretary, the most senior civil servant, will urgently investigate what went on.

I also do not understand why it has taken a year for this whole sorry episode to come out and clearly somebody has been leaking stuff in order to inflict maximum damage on the Government, which is particularly unhelpful with so much other important business to cope with at the moment.

Whilst the police have decided that there is nothing for them to investigate at this stage it is really important that if the Cabinet Secretary finds that rules were clearly broken then there needs to be consequences for those found responsible. If that means a subsequent referral to the police for a prosecution, then that needs to happen. No one should be immune from the laws that the rest of us have been expected to follow, wherever they work.

I completely acknowledge that this whole episode has not been handled well, should not have happened and sends out a very unhelpful message that threatens to undermine people’s confidence in essential measures to fight COVID and I am sorry for that.

Dealing with the new COVID measures that were announced yesterday I have severe reservations about whether they are proportionate and timely, and I will listen closely to the evidence before deciding how to vote when we debate the measures next Tuesday. Having said that, as usual when dealing with COVID the Government is damned if it does and damned if it doesn’t. As I have mentioned elsewhere, I have been abroad twice in the last 2 months. In one country mask wearing is universal and heavily enforced with people even being expected to wear a mask on the beach. When I was in Rome a couple of weeks ago again you had to wear a mask in all public indoor venues and show proof of a vaccine before entering many. We have also seen countries like Austria making vaccinations mandatory which I wholeheartedly oppose.

My concern all along is that COVID measures should be proportionate and based on science and evidence. There is good evidence that the new Omicron strain (however you pronounce it) is much more readily passed on from one person to the next. However, the evidence also appears to show that it is much less virulent and fewer people end up seriously ill or in hospital as a result. There is also a case for saying that allowing people to catch a less harmful version of the virus will build up valuable immunity cells with minimal harmful impact. Again, I am not a clinician and want to see more evidence.

On the question of wider mask wearing requirements the great majority of constituents who contact me have no problem with this and mostly complain that some people are ignoring the rules on public transport or in shops. I fully accept that the evidence shows that mask wearing is not a universal panacea to stop spreading the virus especially if people are not wearing medical grade masks. But for many it does provide an assurance that people are taking seriously basic measures to help keep everyone else safe, and some particularly vulnerable people will not go out as a result. In the circumstances I did not have a problem with restoring the mask requirement to public transport and shops this week and extending it to theatres, cinemas and certain other large indoor venues from next week.

What we do need to avoid at all costs is a return to lockdown which has wreaked such havoc on people’s lifestyles, employment and schooling. As it stands these measures do not require any venues to close, as long as we are careful and people abide by the rules, in and outside Downing Street. Lesser measures to avoid more sever ones seems sensible. I am concerned about the recommendation to work from home not least for the renewed damage this could have on the hospitality industry. I am relieved however that pubs, bars and restaurants are not being restricted and people will be able to celebrate the festive season again if we are careful. It is really important that we do not have to ban family Christmas celebrations again this year, not withstanding there are concerns about mixing with residents of care homes.

I welcome the proposal that anyone who has been exposed to a COVID infected person is not forced to quarantine but can use regular lateral flow tests instead. These are now readily available and for many testing has become part of a regular weekly routine. Too much disruption was caused by whole school years or office staff been confined to home as a precaution because of a single case of COVID in the building when testing would have been a satisfactory substitute.

We should not be surprised if infection rates continue to appear high. A year ago, we were carrying out around a quarter of a million tests a day but today it is regularly around a million. We are testing many more people than most other European countries which partly explains our high figures and of course many European countries have imposed much more Draconian measures and are seeing hospitals severely under pressure. Hospital admissions in the UK have been steadily falling over recent weeks and fatality rates have been stable and seasonally below average and that is very important. Over 80% of COVID patients in intensive care are not fully vaccinated and worryingly a disproportionate number of these are pregnant women.

I know that in the case of Worthing Hospital, they are coping relatively comfortably with the numbers of COVID patients but it is the ‘backlog’ where their concern and challenges lie.

Many people are rightly most concerned about the possible introduction of vaccine passports. Let me reiterate what I have said all along I am against making medical procedures compulsory and that includes vaccinations. It should be upon to people to choose whether they want to take up the vaccination though I strongly urge everyone to do so and I am grateful to have had my booster just last week. I voted against making vaccinations compulsory for care workers and I will continue to vote against when given the opportunity in the future. I therefore do not agree with governments in Austria and potentially in Germany making vaccinations for all compulsory.

We should not confuse ‘vaccine passports’ with ‘COVID passports’ and I am not trying to split hairs here. Vaccine passports mean you have to have a physical vaccination, or you will be excluded from access to a venue or service. As I have said I fundamentally disagree with that. A COVID passport gives options to having a vaccination and the Government has announced that in order to access nightclubs and certain large indoor venues than an alternative to having a vaccination will be to show the result of a recent negative test. I have no problem with requiring people to take a basic test and again that has become routine good practice for many occasions already. The key test is does that mean that a COVID passport enables a venue to stay open rather than having to close its doors altogether again, in which case everyone loses out, vaccinated or not. Again, I want to listen closely to the Government’s thinking when it makes the case for this measure, but I will not support vaccine passports.

The emergence of the Omicron variant underlines how are we are far from being out of woods yet and we cannot be complacent. But it also shows that we are in a much better position now because everyone has done so well in getting vaccinated and are now taking up the booster offer too. I cannot emphasise too strongly just how important that continues to be and I am so grateful for all the continued hard work that all our NHS professionals and many volunteers continue to do. I know there have been some complaints about lack of access to local venues for the booster jab compared to the original ones and I will post a vaccination update on my Facebook page again soon, but the local vaccination rates continue to be above average, and most people are getting the jab.

I hope the above is helpful but as always please do email me if you have any other specific queries.