My reflections on the Air Show Memorial Service 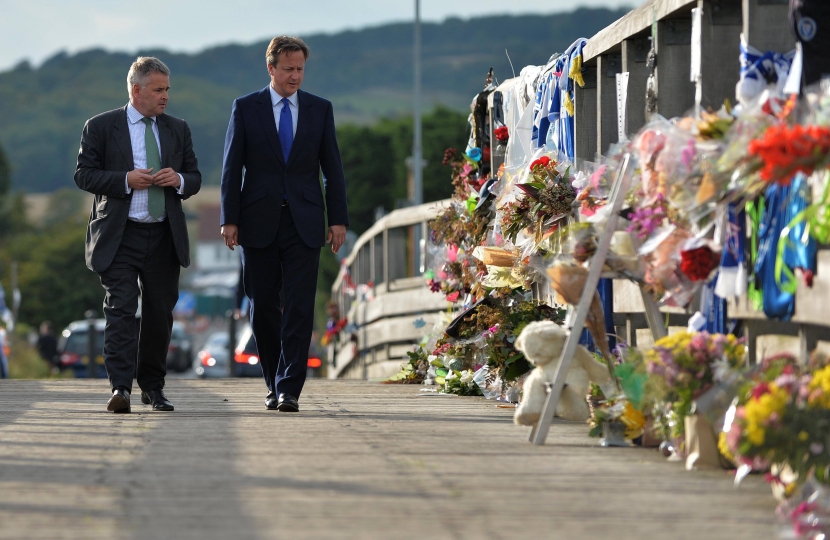 As the Chief Constable Giles York said in his reflections at Sunday’s service in the beautiful setting of Lancing College Chapel about the tragic events of August 22nd 2015:
‘A day that started like any other day, and one which will now always be remembered by so many as a day like no other.’

Three months on from that terrible accident I hope that the memorial service succeeded in providing a fitting and respectful tribute to the eleven men whose lives were so cruelly cut short. It was an opportunity for the families of the victims to grieve together and find solidarity and hopefully help them on the route to some sort of closure. It was also an opportunity for the community to pay their respects and importantly to recognise the extraordinary effort and dedication of the emergency services and first responders who just got on with their very difficult job in very difficult circumstances.

The service was put together by a diverse group of people including representatives from the emergency services, local clergy, council leaders and council officers, Lord Lieutenant’s office, RAFA and Lancing College. I had the privilege and challenge to chair them. If I could single out one person for praise it would be Jo Osborne, the Events & Tourism Manager from Adur & Worthing Councils who worked tirelessly to make sure everything went just right. Every detail was considered right down to arranging a respectful no fly period from Shoreham Airport either side of the service. Lancing College, whose staff were some of the first on the scene have been also been remarkable in their generosity and hospitality towards the families of the victims.

Right from the start of our planning we were guided by the wishes and sensitivities of the families through the police family liaison officers who have done such a remarkable job standing alongside them over this last 3 months. Family members gave some of the readings, and in the most moving part of the service after a minute’s silence at 1.22pm, the time of the crash, lit a candle for each of the victims. They took them to the altar with the chapel filled with the wonderfully poignant chords from Shoreham’s classical guitarist Richard Durrant playing a piece from his new CD. I hope we did them justice and from my conversations with many of the family members after the service I think the balance was just right.

The personal reflections from the Chief Constable, Chief Fire Officer and head of the Ambulance Service gave an added emphasis to the scale of the impact that day had on so many lives and how we too often take their professionalism for granted. The Bishop of Chichester led the service and I thought with great skill and empathy spoke about the power of love for those left behind out of which comes strength. He echoed the words in one of the readings which went:
‘But do not be afraid to cry; it does relieve the pain.
Remember there would be no flowers, unless there was some rain.’

We were joined by the Lord Lieutenants of West and East Sussex representing the Queen and by Communities Secretary Greg Clarke MP representing the Government. Council leaders and Mayors from those areas who had lost a citizen in the crash were also dotted amongst the congregation along with the Old Toll Bridge and other volunteers, football club players, RAFA volunteers, cadets, supporting businesses, Red Cross, St John Ambulance and many more. All gave their services free and generously. But of course the service was not about them. It was about the families and the emergency service personnel, several hundred of whom filled the main body of the church.

It also was not about the media and I am very grateful to all the local papers, radio and television services who understood and respected that, with one notable exception. Some of the families had asked that their grief should not be intruded upon. Some were still raw from the crass invasion of their privacy at the funerals, and so the media were asked not to attend. Instead we were fortunate that BBC Radio Sussex were able to broadcast the service live for local people to follow, enhanced by the customary sensitive professionalism of presenter Neil Pringle. The families of the victims were able to gather before and after to see he books of condolence and a special collage of the tributes from the Bridge of Flowers’ now being preserved for posterity by the County Archivist.

I know local people understood that and the reasons that the service could not be open to the public at large simply because of the shortage of space. No one complained. It was a shame that just days before an event which had received so much goodwill and into which so much hard work and planning had been invested that one newspaper (not the Herald I hasten to add) went to great lengths to find fault and run a negative story. Fortunately in the end it did not detract from the solemnity of the occasion and the respect of the invited congregation.

I want to thank everyone who contributed so selflessly to make the service such a fitting tribute. We turn out attention now to work on a permanent memorial where the work will be led by Adur Council and after consulting with the families the input of the whole local community who have played such an impressive role will be very welcome. A day that was indeed like no other also gave rise to a day when amongst the sadness and reflection we can take enormous pride in the way that the community and our brave emergency services rallied round.