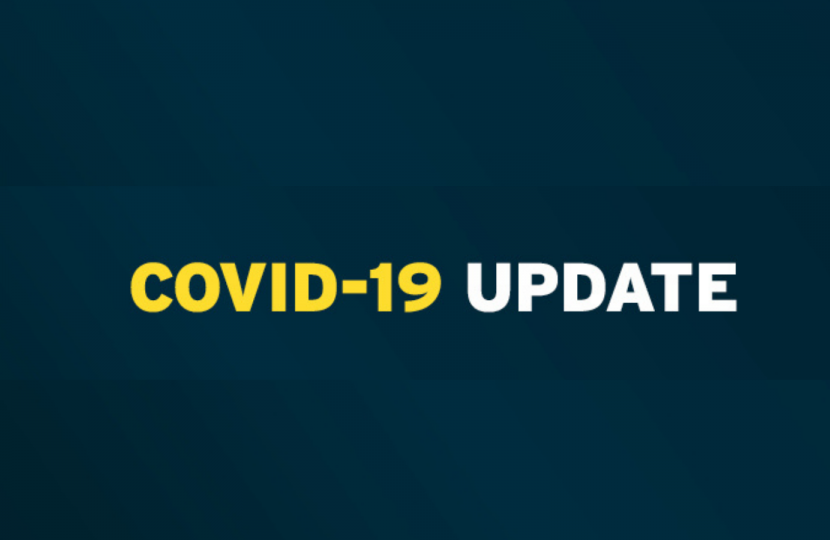 Happy New Year to all my constituents and I thought it would be a good opportunity to revisit my COVID vaccination updates after a briefing from the CCG on Friday.

Clearly nationally we have seen a substantial spike in infection rates caused by the more transmissible Omicron variant and most other European countries are experiencing the same challenges, even though many of them have returned to much tougher lockdown requirements than in the UK. I am supportive of the Government’s decision not to impose tougher regulations over Christmas and the current restrictions will be reviewed again on January 26th. There are tentative signs that rates may have peaked in London at least and that we could soon start to see a downward trend in infection rates and the end of this wave.

Whilst pressure on the NHS remains severe at a traditionally busy time of year the crucial thing however is that the number of hospitalisations is substantially lower than during peaks last year despite much higher levels of people infected as the effects of Omicron are clearly less damaging. The numbers of people in intensive care beds in Sussex last week was actually lower than in November and death rates remain relatively stable. Across the whole of the 9 Sussex hospitals just 22 patients were on ventilators due to COVID. This time last year it was more than that in one hospital alone. They are part of just over 180 COVID patients in Sussex hospitals mostly with milder conditions.

Whilst some health trusts have declared critical incidents due to the pressure on their resources, that has not happened in Sussex and the local managers do not foresee that happening any time soon either. Infection rates in Sussex and the South-East generally are below the national average and crucially so are levels of staff absence due to having to isolate for COVID. They tend to be highest in areas of highest infection rates in the community, led by Brighton & Hove, and given the link-up with the Western Sussex Hospitals Trust that happened last year the Trust can move staff around more flexibly if needed. The CCG have also decided to make the Queen Victoria Hospital site the local cancer hub from today and they will also be procuring additional capacity from the private sector again. If you are due to go into hospital soon then in some limited cases you may be treated at a different local site in order to maximise what is available.

This is no reason to be complacent, but we do seem to be coping better in Sussex than other parts of the country and as usual our thanks go out to all the NHS staff who continue to work so hard and look after us so well. A number of ambulances were diverted in West Sussex last week, but this was entirely due to a flooding emergency at Portsmouth Hospital and St Richards and Worthing were asked to provide temporary cover.

The booster rollout continues at pace and as I saw when I did a volunteering slot again at Lancing Parish Hall just before Christmas there is plenty of spare capacity and most sites are operating as informal walk-ins as well. Coverage of the booster jab at Lancing is now well into the 80% so they are starting to reach saturation point and the booster roll-out is slowing down but there still remain a lot of people yet to have their original doses. The evidence is now very clear that the vaccine plays a significant role in preventing people from contracting a serious form of the illness, if not altogether, and everyone is strongly advised to get jabbed.

*             Amongst under 18’s 56.6% of teenagers have had their first jab and will now become eligible for a second jab. Young people can book through the national booking system or there will again be vaccinators visiting schools. There is a problem with a lot of consent forms which need to be reviewed and returned by parents on behalf of their children. Even where parents do not want their children vaccinated it would be very helpful to have the forms returned specifying that so the local surgeries or the central NHS system do not keep chasing them up to come forward.

*             There is also a problem with ‘no-shows’ at vaccination centres which is wasting time for NHS staff and volunteers. In most cases this is because people have boked a slot and then found a walk-in facility which they can access straight away but have failed to cancel the original appointment. Disgracefully in a few cases there have been reports of anti-vaxxers booking slots with no intention of showing up in order to undermine the vaccination programme. This is obviously completely irresponsible for the vast majority of people who do want a vaccination. Please help the NHS by cancelling a booked appointment if you have a vaccination elsewhere and no longer need it.

*             There has been a problem with distributing of testing kits to local pharmacies and other distribution centres despite the fact that there is no problem with supply and the Government has ramped up the procurement process. Testing kits are still available online although availability can vary, and it is worth persevering online if at first you do not succeed. I have certainly been successful in ordering kits online and receiving them at home within 48 hours. The delivery problem is a short-term phenomenon akin to the sudden run on petrol because of a spike in demand, such was the surge of everyone wanting to be tested in the run up to Christmas in particular. It is the Government’s intention to continue making these testing kits available free for as long as it takes given their importance in avoiding returning to harsher lockdown measures.

I hope this is helpful.