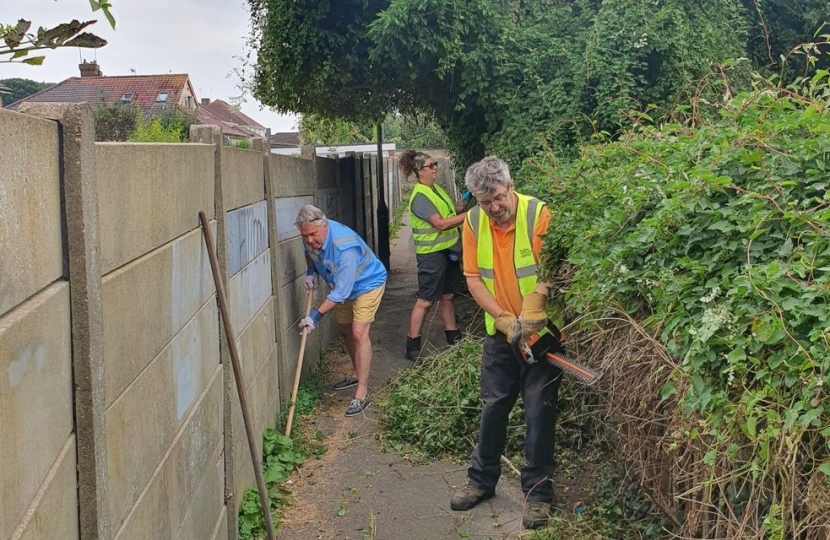 Parliament returned from the summer recess this week along with schools and much of the workforce if the increased traffic on the roads and trains is anything to go by. Typically, it coincided with the sort of weather we would all have liked in August.

I hope everyone enjoyed some sort of break over the summer. For us it was a surprisingly good staycation visiting some of the places around Sussex that I had not been to since I was a child, and now we took our own ‘children’ in their twenties and assorted boyfriends and girlfriends and another family of friends. We went to 100 Acre Wood and played ‘Pooh Sticks’ on Pooh Bridge in the Ashdown Forest; fish and chips on the beach at Littlehampton; a baking contest; a day of local vineyard visits and wine tasting expertly tutored by my youngest daughter who now works in the wine industry; walks across the South Downs Way over the Long Man of Wilmington; a wonderfully therapeutic craft session and a hilarious murder mystery dinner which inevitably brought out some very hammed up acting from everyone.

We may have missed the sun and the turquoise seas, but we had a thoroughly good time, and it was like being a child all over again. We have so many fascinating things to see and do on our doorstep in Sussex and as with so many things it has taken a pandemic for us to appreciate them again.

Our first week back at Westminster is proving a busy one. Catching up with the further fall out of Afghanistan and scrutinising where the Government intends to go on ‘Vaccine Passports,’ which have raised many concerns. By the time you read this we will have further details about how we are going to tackle the crisis in funding adult social care which has been kicked into the long grass by successive governments and can wait no more. Working out how we pay for it will of course be the sticking point and I expect a heavy postbag, but it looks like we have a solution at long last.

On a sad note, many people will miss Dave Simmons, one of the most hardworking and dedicated councillors I have had the privilege to work with. After a distinguished career in the police, he was not ready for retirement and gave distinguished public service on Adur and West Sussex councils, as a school governor, with vulnerable families, as a distinguished chorister at St Nics and much more.

We will also miss him at our Shoreham Farmer’s Market street surgery at which he was a regular. We will raise a glass to him of a local brew from the market at our street surgery this coming Saturday from 10am. See you there.