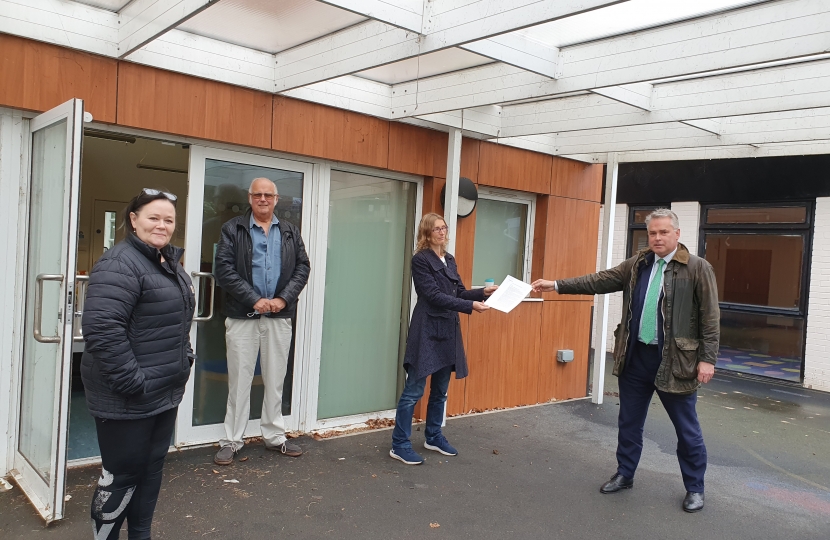 I think I am getting the hang of this zoom malarkey. I managed a short live speech at the opening of the Worthing Mental Health Awareness Week using my mobile phone, whilst on a train up to Westminster and wearing a mask and was apparently intelligible!

This is the 8th year of running the event by Carole Barber and her volunteers, energetically compered by Bobby Smytherman as usual. The fact that it was virtual this time has not diminished the quantity of really interesting information and support sessions they have planned this week right through to Saturday. Given the impact the pandemic is having on everyone’s mental health, from children missing school for months to vulnerable people isolating alone at home this has never been more timely.

After being contacted by parents concerned that the County Council were planning to close the Stepping Stones Nursery in Fishersgate due to dwindling numbers I went to meet Carol Springgay and other mums who have launched a petition to save the highly rated service. I was joined by Southwick County Councillor Dave Simmons and Jill Lennon who helps run the Fishersgate COVID support group and we have asked the County Council to delay any decision whilst we see what demand there is for the nursery and whether any other local nursery providers would be interested in running it.

Clearly Stepping Stones has become one of Southwick’s best kept secrets and many people living nearby have told me that they were aware it was even there and clearly has not been promoted properly by West Sussex for some time. I have produced a blog on my Facebook page with more details and a link to the petition so if you think you can help please do get in touch. There are precious few facilities in Fishersgate already so we cannot afford to lose this one.

On a happier note I popped into Shoreham Fort where Gary Baines and his volunteers have just spent most of September filling up sandbags to reconstruct a World War 1 trench. It is part of an education project drawing attention to Shoreham’s role as one of the biggest war-time training camps for soldiers in the country, based up on the Downs.

It is an incredible feat completed during the warmer weather last month and all part of the ambitions by Gary and his intrepid volunteers to bring the Fort back to life, not helped by the constant vandalism by people with little respect for this scheduled monument. If you look on their Facebook page, they are posting a daily video showing the progress of the work. www.facebook.com/Shorehamfort/videos Well worth a look.

My weekly video - Free School Meals and the £737,000 to West Sussex (to help with Food Banks, emergency provisions and all sorts of support for those families who most need it), the Immigration Bill, meetings in the constituency including with Cancer Research UK and much more.