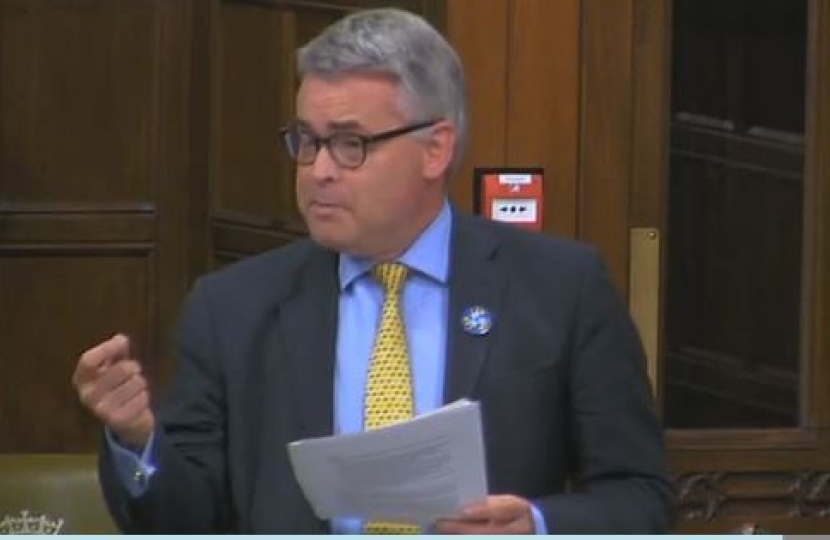 By the time you read this we could be in a General Election campaign; we will not be in a General Election campaign; we could have passed the European Withdrawal Bill; we could have pulled the European Withdrawal Bill; Boris may be in a ditch somewhere. Much more importantly we could be 2 days away from an England victory in the Rugby World Cup final.

As I do not have the answer to any of the above, I will stick with things that have already happened and are not speculation. Last week I opened a debate on the subject on health visitors in England where I have been concerned about the recent fall in numbers.

Heath visitors are amongst the unsung heroes of the health service where they work closely with new parents in particular and can be an effective ‘safety net’ for infants and young children who are at particularly high risk of having their needs missed as they are not visible in the same way as children who are accessing an early years setting or school. With around one in six mums experiencing some form of perinatal mental illness they are there to help prevent and identify problems and signpost appropriate support services.

The Cameron Government set a target of recruiting an additional 4300 health visitors which against all the odds it achieved during the five-year Coalition Government but alas numbers have been falling back recently. This is a false economy and just the sort of public health investment the Government needs to prioritise, and I made that case forcefully to a sympathetic minister.

Last week we received the indicative increases in school budgets after the spending review which allocated an additional £14bn for schools. As I suggested schools in West Sussex have been amongst the biggest beneficiaries of the ‘levelling up’ formula. All our primary schools will be receiving above the £3750 threshold for next year with some as high as £4412 per pupil. Secondary schools will receive at least £5000 which is what the heads were looking for. Details for each school are on my website and in my new newsletter out this week.

Congratulations to James Butcher who was resoundingly elected back on to Lancing Parish Council, after a short spell away to grow a very impressive beard, having been the youngest chairman of a Parish Council anywhere in the country previously. I am sure he will continue to be a champion for young people in the village especially.