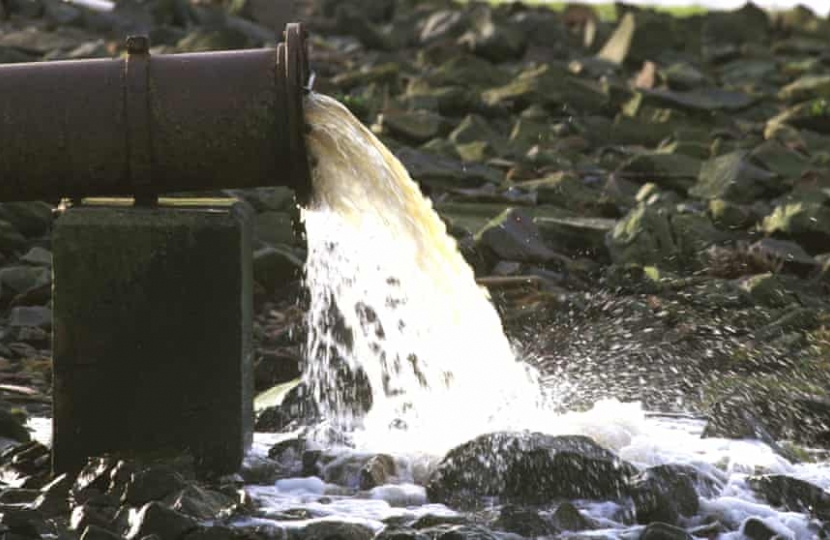 As I wrote in a post on Facebook I was largely engaged with the exotic subject of sewage last week. Specifically, this was in relation to the debate we had last Wednesday on amendments to the Environment Bill presented to us by the House of Lords. The torrent of heated emails which subsequently hit the mailboxes of me and my colleagues was interesting, to say the least.

Many congratulated me on voting for the amendment tabled by the Duke of Wellington which attempted to add requirements to the Bill for water companies to ‘take all reasonable steps to ensure untreated sewage is not discharged from storm overflows.’ Others exhorted me to attend and vote in a debate which had already taken place and some condemned me and all Conservative MPs for apparently voting to dump raw sewage into rivers and the sea, though not entirely clear why we would want to do this or anything remotely resembling it. Clearly the latter group are more interested in making knee jerk partisan political points without the inconvenience of actually checking the flats.

To be clear nobody voted to discharge more raw sewage into our water, least of all me as a big supporter of Surfers Against sewage and doing more to clean up our beaches. The Environment Bill is a landmark piece of legislation which brings in a substantial variety of new measures to clean up our water, air and land and I am very proud of it. Water companies are already in the middle of a £7.1bn programme of environmental improvements with almost half specifically on storm overflow infrastructure. And the Government already is bringing in additional powers to hold their feet to the fire, but I just wanted them to go a little further in the wording of this Bill.

In extreme weather conditions water companies are permitted to release some untreated water into the sea if the alternative is sewage backing up into people’s homes and popping up through manholes, but certain companies seem to be doing this too routinely and that is why I still want the Government to go a bit further but can we all just agree that no one voted to give any water company free licence to dump raw sewage anywhere and they will be prosecuted if they do?

For those constituents worried about when they are going to get their Covid booster jab I have restarted my vaccination updates on Facebook and my website. Rest assured that all the GP run vaccination centres that did such a fantastic job first time round with the vaccinations in Adur and Worthing will be stepping up again on top of the mass vaccination centres in Brighton, Chichester and Crawley and a number of walk-in surgeries and pharmacies. See my post for more details.