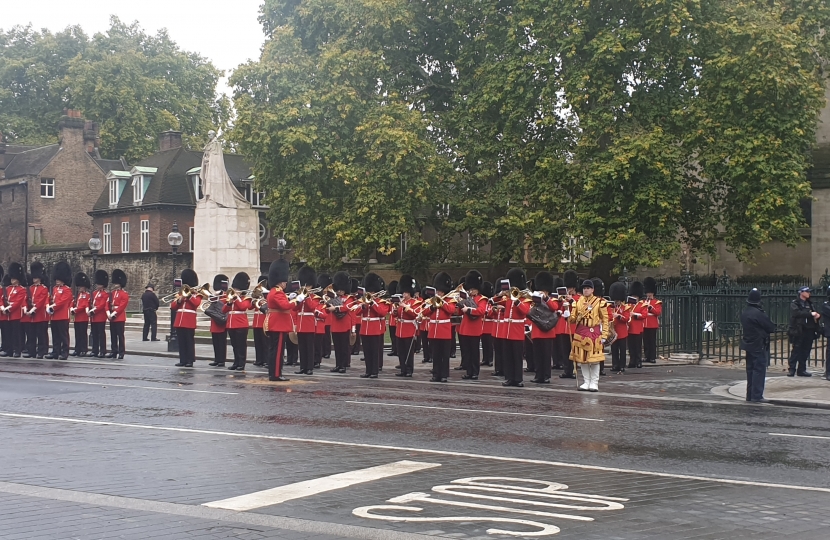 So the men with shovels have been clearing up after another Queen’s Speech and all the pomp, ceremony and horse deposits it brings with it. Yet after waiting for the longest time in over 350 years for this one, like London buses there could be another one along in a minute.

After all the controversy about the Prorogation that wasn’t, Her Majesty dutifully turned out on Monday to announce the Government’s programme packed with over 26 bills for the forthcoming year. The only problem is that the Government does not have a majority in the Commons to get it through and if it were defeated in the vote next Tuesday that would normally trigger a general election to let the people decide. Except of course we are not in ‘normal circumstances,’ or anything like it, and unless the Opposition agree to an early general election under the Fixed Terms Parliament Act then the impasse will continue whether or not a Brexit deal has been secured by the end of the month. Are you still following me??!!

Notwithstanding this confusion there were actually some very welcome measures in the Queen’s Speech. Amidst the headlines about tougher sentences for hardened criminals, a post Brexit immigration system, reforming adult social care and tackling online abuse one of the biggest areas covered was the environment. Environmental principles are for the first time to be enshrined in law, there will be legally enforceable environmental targets and standards including around air quality and a new independent Environmental Regulator to enforce it all.

I was also very pleased to see mention of the Animal Welfare Sentencing Bill increases sentences for animal cruelty, the carryover of the Domestic Abuse Bill and post-Brexit measures to ban live animal exports which has a particular resonance for constituents in Shoreham who protected at Shoreham Harbour back in the 1990’s.

We also heard this week about the allocations for school funding promised in last month’s Spending Review. West Sussex is to see an increase of 5.68%, which is the third highest in the South-East and every school receiving a real term increase in their budgets over the next three years which is great news. I will be writing to every headteacher soon when we know how the final figures work out for every school.

Away from Westminster I joined a hardy band of volunteers from the humanitarian response charity Serve On training potential new recruits in terrible weather conditions on the Downs and at Shoreham Airport. The charity was originally set up to help transforming military personnel become involved in highly-trained rescue teams but now includes former and serving emergency service personnel and people from many other walks of life. They are ready to drop everything and deploy to natural disasters such as the 2015 Nepal earthquake to closer at home responses to severe weather events and flooding.

It is great to hear therefore that they are establishing  a new Community Resilience Team in Worthing and I met some local recruits who have already joined up. You can find more information at www.serveon.org.uk