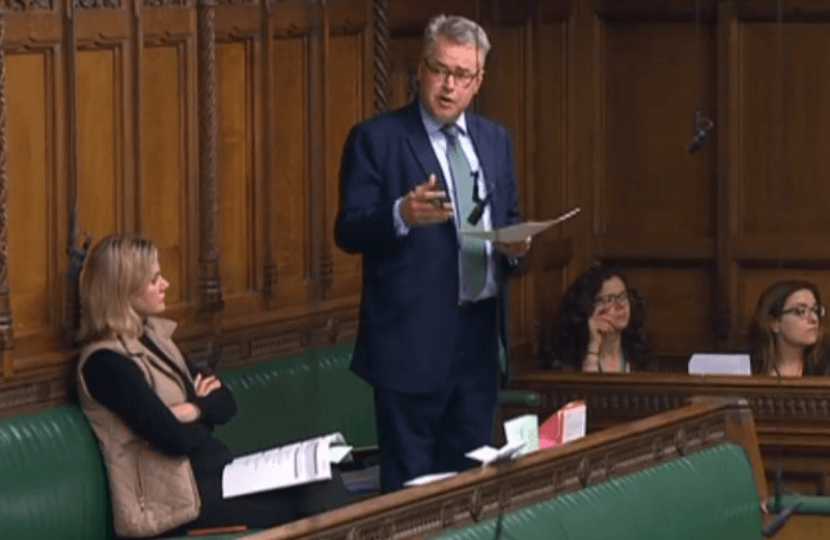 The chances of successfully steering a Private Member's Bill through all its labyrinthine Parliamentary stages are usually quite slim, and MPs usually keep it simple sticking to one main theme to bring about a change in the law. So when I came up in the Private Member's Ballot last year for the first  (and probably the only) time in 20 years of trying I didn't exactly make it any easier when I chose to cram no fewer than 4 changes in the law in my Bill involving 4 government departments and 4 different ministers.

It was therefore with something of a sense of great achievement and relief that my Civil Partnerships, Marriages and Deaths (Registration Etc.) Bill cleared the final hurdle in the Commons on 26th October and now takes its chances in the Lords, who I hope will be gentle with it so that it can go on the statute book sometime before next summer. To recap my Bill will oblige the Government to extend civil partnerships to opposite sex couples; rectify the ridiculous anomaly since 1837 in England and Wales where the mother's name cannot appear on a marriage certificate; require the Health Secretary to set up a review to see what can be done about recognising stillborn babies which if born before 24 weeks' gestation are simply not acknowledged by the state and finally allow coroners the power to investigate any still big they judge needs further investigation.

The last of these issues was brought to me by our excellent West Sussex coroner Penny Schofield who has worked so hard on the Shoreham Air Crash inquest and who rightly sees this as a gap in the law when coroners have the power to investigate every other human death. The 24 week injustice was first raised by one of my constituents from Worthing and has had an emotional airing in Parliament attracting many parents to write to me with their own tragic stories.

It was however touch and go on one of the few 'sitting Fridays' when only Private Member's Business can be debated. I inserted an amendment at the last minute requiring the Government to bring in the new civil partnerships within 6 months of my Bill passing. The Government had already moved significantly by announcing during the Conservative Party Conference that they would extend civil partnerships but failed to put a time frame on it so I gave them a gentle prod and with a lot of muttering from the Government benches but with a lot of members in support from all parties the amended Bill passed unopposed.

The Lords is a little more unpredictable but again I know there is a lot of support for all this measures and with a fair wind we should get it through and into law before the current session ends next summer. I know it will have a very positive effect on very many people's lives but perhaps next time I should keep it a bit simpler!