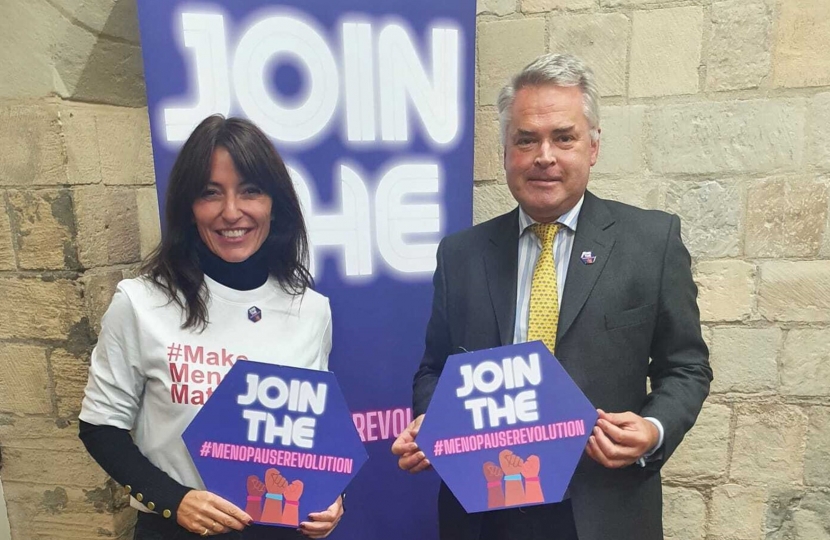 There is a misguided impression by many members of the public. Often stoked up by the media, that MPs at Westminster are constantly at each other’s throats across the party divide and that we should be able to work together better. Conversely there are also people who often complain that we are all the same these days and there is no difference between the main parties depriving them of real choice.

Last Friday’s consideration of various private members bills in the Commons was a really good example of why this is in fact nonsense, specifically with reference to the Menopause (Support and Services) Bill. This was proposed by the formidable Labour MP for Swansea East, Carolyn Harris, who I am happy to call a friend as well. Carolyn has championed many difficult issues having pioneered legislation to make funerals for children free, as she experienced herself, clampdown on addictive gambling and she and I jointly chaired the WASPI All Party Parliamentary Group on women born in the 1950’s affected by pension changes.

In this Bill Carolyn sought to bring another taboo subject out of the shadows calling for greater recognition and support for women affected by the menopause, and of course the impact on the people around them including men. As one of the 49% of the population who is not a woman, I was happy to co-sponsor the Bill and be identified as a menopause warrior! As always, Carolyn went out of her way to secure cross-party support and worked with ministers to secure practical solutions. As a result she was rewarded on the day with an announcement from Health Minister and Sussex MP Maria Caulfield that in future women would be able to buy a year’s worth of HRT for only one prescription charge, there will be measures to improve training of clinicians on the issue, and a  special taskforce to be set up to consider a whole raft of other measures co-chaired by Carolyn Harris.

It was a great result, cheered on all sides, emphasising that even the most sensitive of subjects can be handled constructively with cross-party support in Parliament. I have published a post on my Facebook page with more details.

On another subject which attracts much cross-party support, appropriately about hot air, I will be in Glasgow at the end of this week as a delegate to the COP26 conference. As constituents know this is an issue I am particularly close to and we will be organising a report back event with the Eco, Young & Engaged (EYE) Project later in the month, hosted by Ricardo in Shoreham who are bidding to be at the heart of the Hydrogen revolution that has an important part to play with renewables. I will do a separate video next week to report on my COP26 experience.