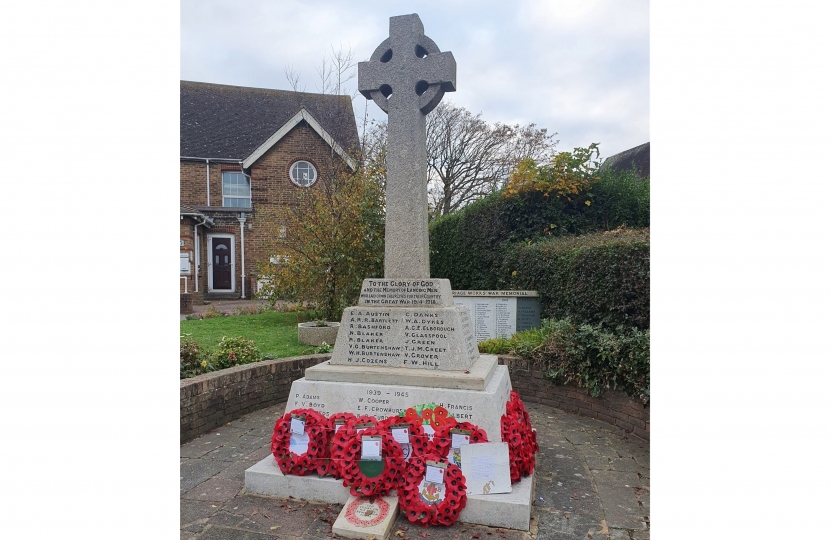 It was encouraging to see such a good turnout at the Remembrance Sunday parades and again a good showing across all age groups. I don’t know if it was the nip in the air but the march from the Shoreham Centre to St Mary’s set up at a particularly brisk pace and ahead of time leaving me and several councillors running to catch up and tag on at the back. It was particularly sad that this was the first Remembrance Sunday event without British Legion stalwart Terry Slark who sadly died suddenly last month. I am sure he would have been very proud of the excellent job made by his son Dave Slark who made sure the whole ceremony went according to plan, and his grandson who called up all the wreath layers in the right order.

Congratulations also to Lancing Parish Council with the help of Adur who stepped in at the last minute to make sure that there was a march through the village to the war memorial outside the Parish Hall. The route was slightly truncated as a result but it did mean that we did not have to negotiate the level crossing and I well remember one year when the barriers came down mid-march leaving the band and standard bearers to process on merrily whilst the rest of the parade marked time waiting for the 14.44 train to Brighton to leave the platform!

Whilst on the subject of congratulations a hearty three cheers to Lancing resident Rosemary Hannam who chairs the local branch of the NSPCC and for many years has been Secretary of the NSPCC South & Mid Sussex region. Lancing has long been the biggest fundraiser in the county and we are amongst the biggest contributors to this excellent charity in the south-east and that is in no small part down to Rosemary and her organisation of the fleet of volunteers I was delighted therefore that she was presented with a special achievement award at the recent AGM I attended virtually and chaired by the Duchess of Norfolk from Arundel Castle.

Following all the publicity about the amendments to the Environment Bill to toughen up on sewage discharges I have organised a ‘Sewage Summit’ with Southern Water to put more pressure on them for transparency over what spills are happening and why and more importantly how they are cutting down on them urgently. I will post more on my website and social media to report back. I have also been asked about the latest on the Upper Shoreham Road cycle lane issue and following a briefing with the County Council officers, cycling groups, councillors and representatives of the USR Action Group this week the full results of the recent consultation will be published in the next week and I will make sure these are made available as widely as possible too.