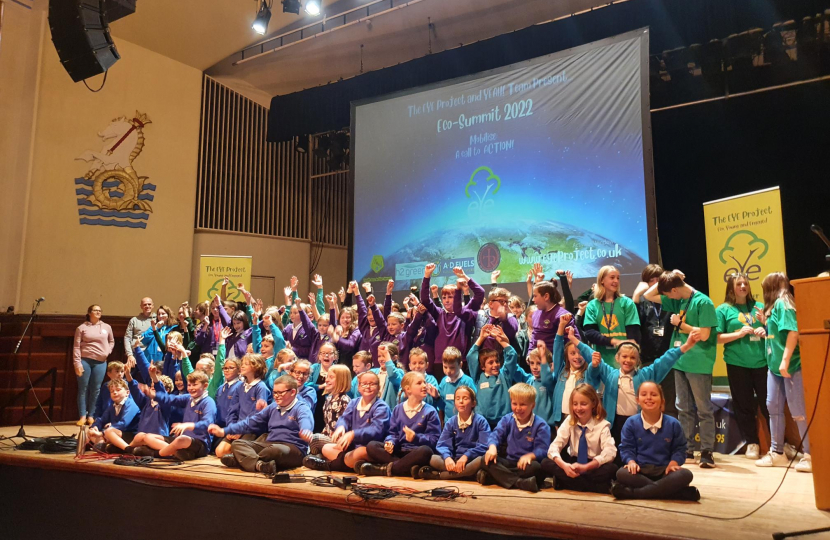 Worthing Assembly Hall was buzzing with eco-warriors last Wednesday as 160 pupils from schools across Adur and Worthing came together for the latest Eco Summit organised by the EYE (Eco, Young and Engaged) Project which I set up in 2008. At last we were able to come together in person and hear from experts on everything from marine conservation and rewilding to reducing plastic use and expanding renewable use.

Students from primary and secondary schools then took part in workshops laid on by a range of local environmental organisations before reporting back and making their pledges for what more their schools would be doing to help combat climate change. We held the first Eco Summit in Worthing in 2008. I always know they have been effective when parents come up at my street surgeries to complain that they are being badgered by their children to turn off the lights, recycle more, switch to renewable energy or whatever. I am happy to take that sort of flak!

Several worrying cases of anti-social behaviour have re-emerged in Lancing recently and last week there was a particularly violent stabbing of a young girl. This follows too many incidents of gangs hanging around the village centre, shoplifting and abusing shopworkers. Unsurprisingly people have been complaining about the lack of visible policing and I agree despite having been assured by local police that Lancing is the number one priority in the area.

The police agreed to our calls for a street briefing on Friday afternoon and the frustration was clear from the large number of people who turned out. I have spoken to the Sussex Police Commissioner inviting her to visit Lancing and together with local councillors we will be organising a public meeting to see what more can be done. Details on my website soon. In the meantime, I will be holding a street surgery at the Shoreham Farmer’s market on Saturday as usual.