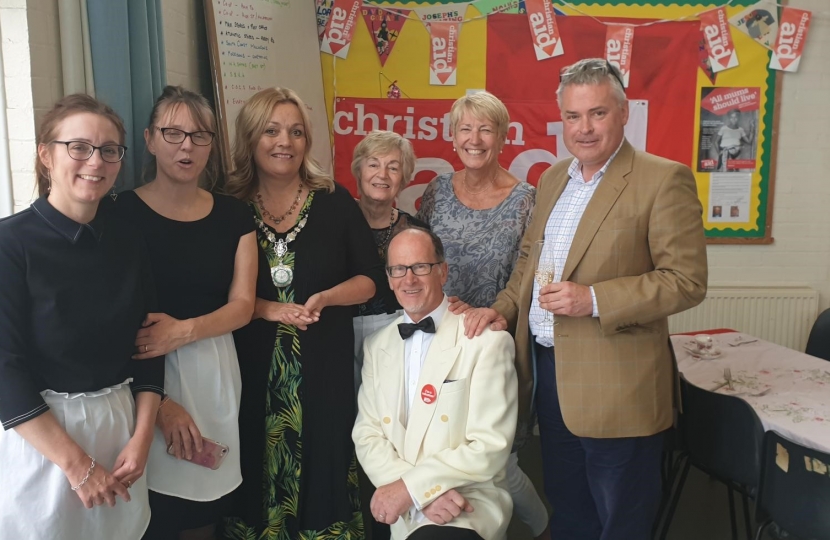 Congratulations to all the new Worthing councillors elected last week and commiserations to those who were not re-elected on what was unsurprisingly not a very good night for my party locally and nationally. It is always frustrating when dedicated hard-working local councillors fall foul of swings based on national issues but that it politics and we will all dust ourselves down and live to fight another day.

One way of celebrating the end of the election campaign regardless was the ‘Glitzy Afternoon Tea’ organised by The Church of the Good Shepherd on Shoreham Beach as part of Christian Aid week. The cucumber sandwiches were crustless and perfectly straight, the homemade cakes were particularly creamy, the fizz fizzed and the musical accompaniment include a fascinating range of old 78 rpm records on one of the first electric gramophones was excellent. Well done to all involved.

Earlier last week came news that the Government will at long last be proceeding with legislation to ban the use of wild animals in circuses. Whilst this might seem a minor matter to some in the great Brexit scheme of things it is a further important measure as part of this Government’s now extensive crusade to improve animal welfare. The use of wild animals in travelling circuses has no place in modern society and does nothing to further the conservation or our understanding of wild animals.

The Wild Animals in Circuses Bill which started its passage on Tuesday means that the few remaining circus operators in England who use wild animals in their performances will no longer be able to do so. Following on from earlier legislation to make CCTV mandatory in slaughterhouses, improve puppy welfare, introducing the toughest ban on ivory internationally, clamping down on plastic pollution killing marine life and many other measures I am proud that this Government has taken such a proactive line on animal welfare in recent years.

Whilst it is likely that Brexit is likely to come to some sort of a head again soon I have taken advantage of a relatively light week in Westminster otherwise to attend the 7th World Parliamentarians’ Convention on Tibet along with my fellow co-chair of the All-Party Parliamentary Group on Tibet and SNP MP Chris Law. The cause of the Tibetan people subject to oppression and flagrant abuses of human rights by the Chinese since their invasion of this peace loving people back in 1959 is a cause I have been involved with for some time.

The convention is an opportunity for like-minded parliamentarians from around the world to come together to show solidarity and support and hear from the Dalai Lama and others involved in the struggle. Predictably I received a telephone call from the political attaché at the Chinese Embassy strongly advising me not to go. That made me even more determined to attend. So in case I go eerily silent next week you will know what has happened to me!