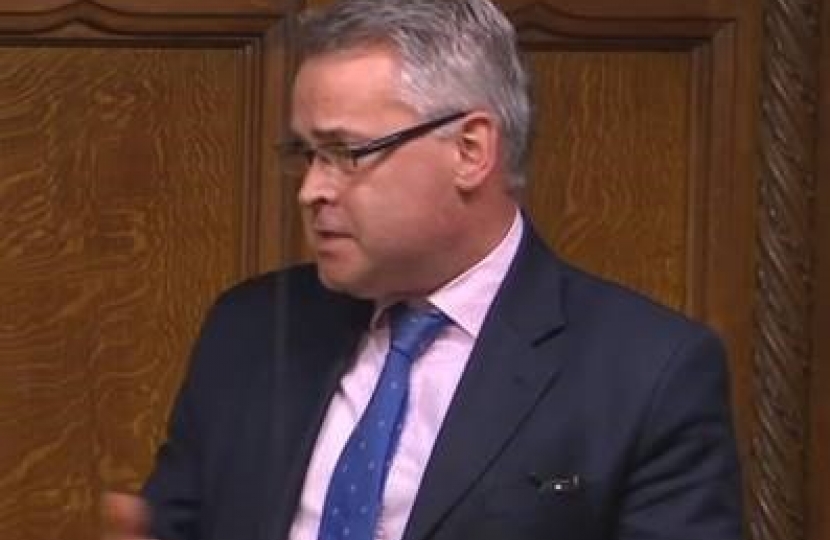 So - let’s get Brexit out of the way first. As I write the Government’s deal has been defeated by a reduced but still significant majority of 149 votes. For my part, this time I held my nose with the added assurances on the backstop from the Attorney General and went through the ‘Aye’ lobby with the Prime Minister, not out of any great love for this deal which does not deliver Brexit adequately, but more out of a growing concern that the Brexit that my constituents and the country voted for could be lost altogether.

I then returned to my office to be confronted with over 200 emails that had pinged into my inbox during the debate from people accusing me of being a traitor and turncoat for supporting the deal to praise for voting with my conscience to support the interests of my constituents, and an awful lot of things in-between and unprintable as well. You can please some of the people some of the time but…

That concern has been heightened by a coalition of Remainer MPs who seem to have trouble interpreting the clear instruction of the 2016 Referendum confirmed by manifesto pledges in the 2017 Election to deliver Brexit. With just over 2 weeks to go until the planned March 29th departure date the way ahead remains unclear although by the time you read this we will have a further vote on whether a No Deal departure should remain on the table. For me this is a ‘no-brainer’ and if we had planned better for No Deal from the start we would have had a much stronger hand in negotiations. As usual I have posted a video updating constituents on my website and social media pages.

From the sublime to the ridiculous I have had a lot of complaints about the A27 recently, and not to do with a bypass this time. After resurfacing works at the Sussex Pad junction, Highways England discovered that one of the detector loops needed replacing which they subsequently did only to find intermittent connection problems. The fault was due to be resolved last Friday but again as I write I am hearing complaints about long tailbacks so I will chase them again. Clearly, I have an alternative career in traffic news though I could never emulate BBC Sussex’s Stephen Cranford.

More seriously I have noticed how bad the state of litter on the verges has become especially between Holmbush and the A23 junction. As we approach the mowing season this becomes even more unsightly as the rubbish is shredded and spread even further afield. I spoke to Highways England, even volunteering to lead a team of litter-pick volunteers for which there have been a number of offers. Not surprisingly this raised all sorts of health and safety objections but I notice that HE has carried out a limited clear-up during night-time lane closures for maintenance work. Watch this space.

I was delighted to welcome members of the EYE Project committee to Westminster on Wednesday where we were up for a Climate Change Coalition Green Heart Hero Award in the ‘Greenest School or Youth Project’ category. This project which I founded 11 years ago has seen thousands of local pupils come together to share environmental best practice and whilst we did not win outright it was a great accolade to be in the final 3 nominations. You can see what EYE does at www.eyeproject.co.uk