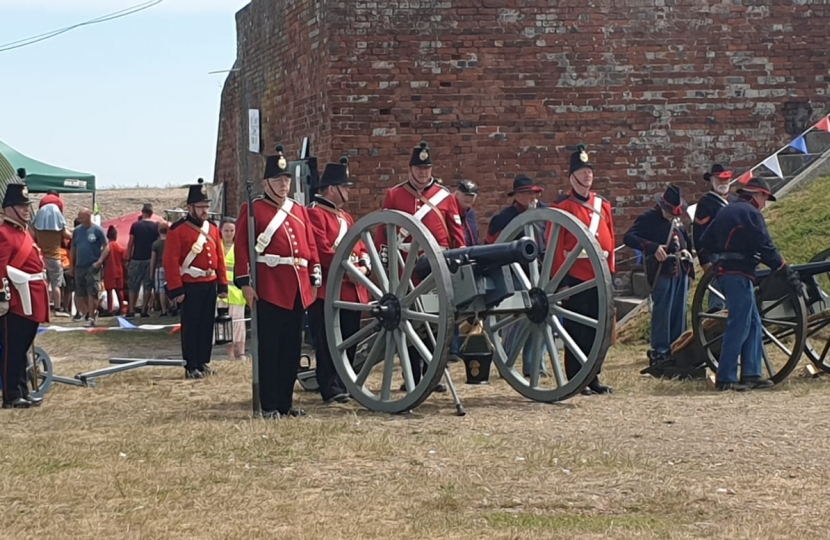 No, I still haven’t thrown my hat in the ring for the Conservative Party leadership though the Westminster hat seller must be running rather low on stocks as the tally of contenders reaches 13 at the time of writing and nominations don’t actually close until Monday. I will update readers with the process and timetable ahead in my column next week.

One commitment I am glad several of the frontrunner candidates are talking about is revisiting the fair funding formula for schools and in particular the continuing disadvantage to our schools in the south-east. That has to be the top priority for the forthcoming comprehensive spending review. Another issue I will be pressing on is kickstarting the measures to upgrade the A27 complicated further by the judicial review on the Arundel section and continuing dispute over what happens at Chichester as Brexit-like the local community is split on alternatives. This has of course been made all the more urgent given the decision not to call-in the crazy plans to build an IKEA at New Monks farm.

Last Friday I met the local manager of Highways England Peter Phillips at Lyons Farm where there have been complaints about hold-ups caused by timing of the lights. As fate would have it, despite being there at rush hour albeit during half term, the traffic was flowing freely, though there has been some tweaking of the timing of the lights operated by the automatic sensors. This is of course one of the major junctions where the layout needs to be changed significantly to help unclog some of the jams on the A27.

I also took the opportunity to press for the remaining resurfacing work on the Grove Lodge roundabout to be expedited having only dealt with the more severe potholes last year. In addition I have had complaints about the state of the Manor roundabout at lancing where the overgrowth is impeding drivers’ vision and asked for this to be properly maintained as a matter of urgency.

It was a busy weekend kicking off with a meeting on Saturday with members of a local model aircraft flying club concerned with proposals for the regulation and registration of drone operators following the disruption at Gatwick last year. I am concerned that the regulations are excessive and will certainly take up the issue in Parliament. On Sunday it was a pleasure as always to open the Adur East Lions Donkey Derby in Buckingham Park highlighting the great support that the Lions gives to local good causes. From there it was on to another successful Shoreham Fort Military History weekend before participating in the traditional Blessing of the Boats service on Lancing Beach Green led by the energetic Father Felix.

Thank you to all those who have so far returned petition forms calling for the UK to host next year’s COP26 Climate Change Conference. Apologies again that Parliamentary rules require signed hard copies to be returned but you can bring them to me at my Farmer’s Market street surgery in Shoreham on Saturday where I will have lots of spare copies to.

Thank you to all those who have been sending me their nominations for my Coronavirus Community Champion Award. I have received some very impressive entries so far for individuals, businesses, organisations and even whole families.