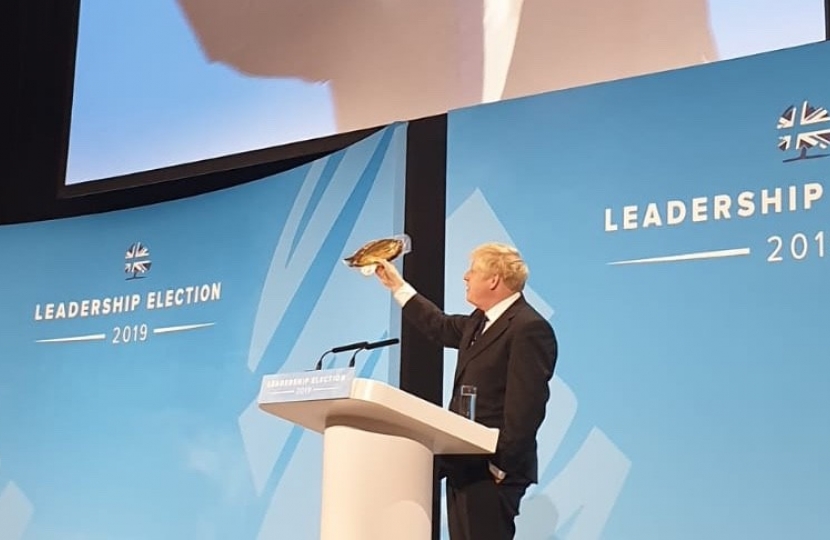 As I write we are still waiting to hear the outcome of the election of a new Conservative leader, so anything could have happened by the time you read this. Despite the complaints about the method of election, it is little different to the one member one vote systems that they operate in the Lib Dem and Labour Parties and at least this time we had a competition unlike when Gordon Brown took over from Tony Blair as PM or Theresa May from David Cameron.

Both the candidates have been through an exhaustive round of hustings and last Wednesday I joined 5000 other members at the Excel in Docklands for a fantastic evening of exhaustive grilling of them both at the 16th and final event.

The previous Sunday I joined a slightly smaller audience at Chichester Cathedral for a special 75th anniversary of D-Day service od dedication for the Sussex Wing of the Royal Air Force Air Cadets. It was great to see Chichester High Street free of traffic and packed instead with lots of smart and proud marching cadets, including the 1440 Shoreham-by-Sea Squadron. The uniformed youth services do a great job and it was good to see so many of them obviously benefiting from being art of a distinguished body of young people.

Talking of young people, I spent Friday morning at Lancing Parish Hall with hundreds of teenagers doing the third week of their National Citizen Service summer course. I helped out as one of the ‘dragons’ where the various teams pitch their ideas for a social action project in front of us and there were some particularly imaginative projects this year. This year over 100,000 16- and 17-year olds will go through the project and graduate in the autumn and frequently I am approached at the graduation events by very proud parents telling me that this is one of the best things their son or daughter ever did and why did they not hear about it earlier.

As one of the MPs charged by David Cameron over 12 years ago to design the NCS which is now the fastest growing youth project in Europe it is particularly gratifying to see so many young people really benefitting from this visionary scheme.

Congratulations to the Calcutta 16 curry restaurant in Shoreham High Street who received a highly commended as the constituency entry in the Parliamentary Tiffin Cup and I was delighted to be able to go along and present the owners with a certificate and special apron for their efforts.

Remember you have just one more week both to enter my ‘Cutest Pet’ competition on Facebook and to give your suggestions to Southern Rail for how they should be spending the £50,000 at Shoreham, Lancing and Worthing stations and £30,000 at Fishersgate, Southwick and East Worthing for customer improvements. Further details on my previous videos and website.