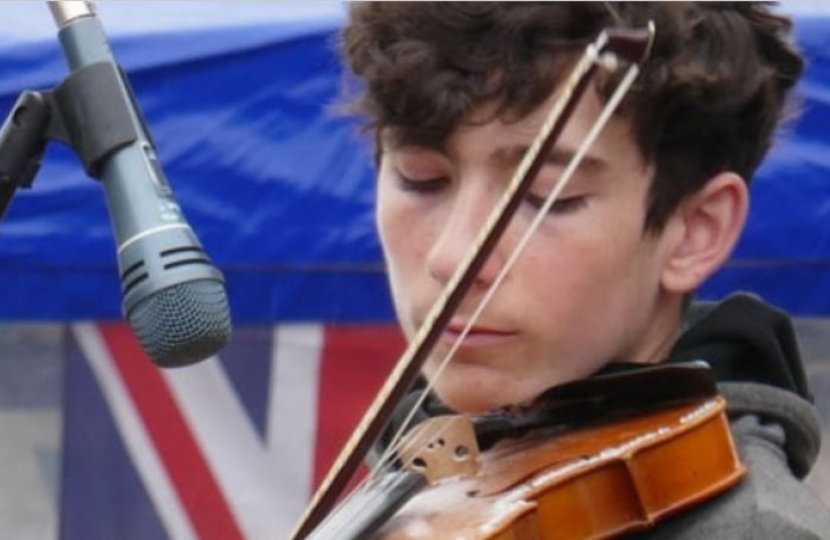 For once I had as near normal a constituency Friday as before the pandemic including visiting 2 local schools. It was a pleasure to catch-up with Shoreham Beach Primary again after having received a letter from Year 1 pupil Wilbur Topp wanting me to do more about the environment. I was delighted to be invited in to talk about all things green, including the EYE Project, to a very animated Year 1 class who clearly care deeply about the planet and also crucially wanted to know how short the Queen is as well!

It was the school’s Funky Friday, so I had all sort of jazzily dressed unicorns, fairies and bow-tied pupils arrayed in front of me and was relieved to be told that my bright pink lollipop tie was funky enough too. Later on in the day I called into Worthing High School and was impressed with how well they are getting on during the pandemic and had even managed to arrange a Covid secure end of year prom for the students moving in after what has surely been one of the most challenging years any school students have ever had to face. Well done to them and all the local schools and teachers who have worked so hard to make sure that their students miss out on as little as possible despite all the Covid requirements.

I also had a good conversation with local GPs and I know that many local constituents have been frustrated by not being able to get to see their doctors as readily as usual as they deal with a big backlog which has built up during the pandemic and are still taking the lead on making sure we are all vaccinated in good order. I know the surgeries in Shoreham have been under particular pressure so it was reassuring to hear that they have recruited 3 new doctors who will be joining over coming months and they will also be installing a new telephone system that should make it easier to get through to them.

I was less impressed to hear about an attack on a talented 15-year-old violinist in Lancing Village centre at the weekend, having been chased into the Co-Op store on his bike and attacked by a 10 strong gang of mindless hooligans. There have too many instances like this in Lancing and I do hope that the police will do everything possible to identify the cowards involved and there will be consequences. I know that the Chairman of Lancing Parish Council Mike Mendoza is taking this very seriously and is pursuing action on anti-social behaviour with the police. On a brighter note local councillor Andy McGregor has launched an appeal to buy violin Matthew a new full-size violin, as he is often seen playing for free at the country market and local homes. Incredibly the appeal had topped £2000 within 48 hours of being launched. Thanks to the generosity of Lancing people who know who they want in the village and who we can do without.