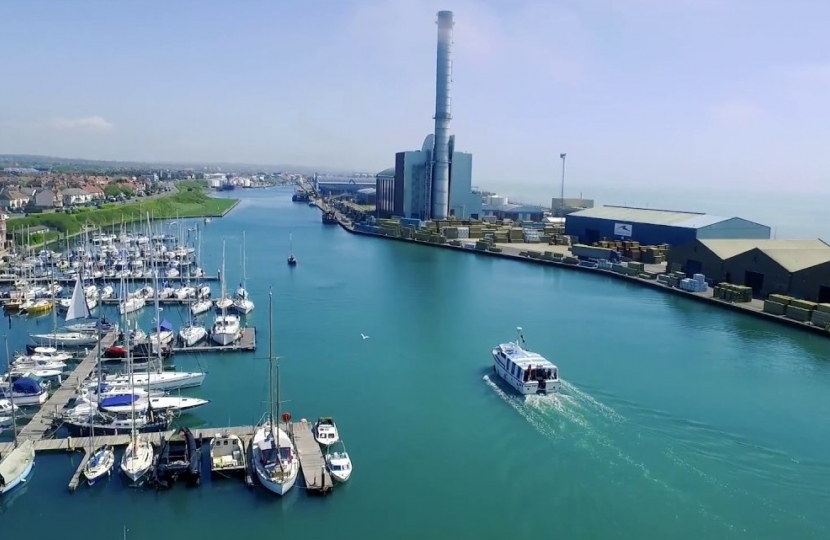 Last Thursday the Brexit Bill passed its final stages in the House of Commons with a majority of 99 votes. In all my near 23 years in Parliament I have never been on the Government winning side by such a margin. It is a measure of a completely reinvigorated atmosphere in Westminster where the Government can govern again and actually get its policies through. Whatever you think about Brexit, the end of vacillation and uncertainty and the greater stability that now prevails has been a huge relief, not least to business where investment decisions had largely been put on hold for too long.

The Brexit Bill will now go to the Lords where it is unlikely to meet much resistance even from the most diehard Remainers and the UK’s exit from the EU looks assured for January 31st. Among the many amendments which the Opposition tried to attach to the Bill which has excited most interest from constituents was one concerning the Family Reunion Scheme for asylum seeking children.

This is a measure which I have long supported and indeed worked with Lord Dubs and travelled with him to Syrian refugee camps in Jordan to see the important work that our aid budget carries out. The fact is that the Family reunion measures were never included in the original Brexit Bill and did not need to be. They were added by Opposition MPs determined to weigh down the Brexit Bill with all manner of extra considerations to make it workable. Even with the amendments that were added because the Government had lost its majority, they still voted against the Brexit Bill anyway.

The Government have made it clear that the Family Reunion policy will be continued and measures will be contained in the Immigration Bill later this year which is the most appropriate place for it and improvements can be made to deal with some of the current obstacles preventing more children from reaching safety in the UK quicker. I have recorded a short video on my website explaining more.

Last Friday I visited Shoreham Port to meet the new Chief Executive Tom Willis who has some exciting plans for the Harbour. He has a hard act to follow in Rodney Lund who did such an excellent job over the last 10 years growing the Port’s activities and importantly engaging with the local community who feel such an affinity with one of our longest standing local businesses. I also caught up with Tim Dapling the head of the local Inland Fisheries Conservation Authority (IFCA) to talk about sustainable fishing and in particular the restoration of local kelp beds.

I will be at my usual Lancing street surgery from 10-12 this Saturday with local councillors in the village centre if you would like to speak to us about anything otherwise you know how to get hold of me.