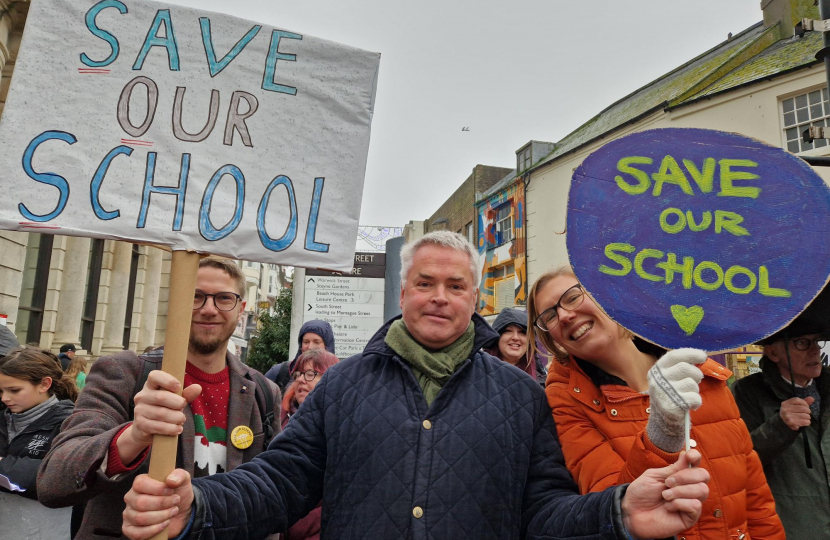 I hope everyone survived the festivities and is now back into routine enjoying the most depressing month of the year; whether it’s the dank and gloomy weather or the self-imposed ‘dry January’ or post Christmas overindulgence gym rehabilitation regimes.

My exasperated New Year comments about the Duke of Sussex and his inability to follow the advice of his Grandfather to ‘look up, look out, say less, do more, get on with it,’ seem to have gone rather viral. Alas the widely shared calls for a sustained period of judicious silence seem to have gone unheeded.

Before Christmas I expressed the views of many constituents who had contacted me to say ask why we should have our County represented by a royal couple causing such embarrassment and grief for our new King and the rest of the Royal Family. Having been created as only the second Duke of Sussex after the title lapsed in 1843, and effectively the first Duchess of Sussex as the first Duke’s marriage was never officially recognised, there were high hopes for the new royal couple. Alas it has all turned out to be something of an anti-climax and now one of my Parliamentary colleagues is introducing a Private Member’s Bill to remove their titles.

Thank you to all the parents of pupils of Springfield Infant School in Worthing who have copied me in on their objections to proposals to merge the school with Chesswood and Lyndhurst as part of an exercise to reduce surplus places. I share their concerns and joined a large group of parents, governors and staff before Christmas singing specially adapted carols in the town centre to support their cause, and have a meeting with County Council officers this week.

It seems a classic case of ‘if it ain’t broke don’t fix it’ as the oversubscribed, highly popular and highly rated by OFSTED Springfield is perfectly capable of standing on its own two feet and I will continue the campaigning to help preserve that status quo.

My first street surgery of the year will be at the Shoreham Farmer’s Market this Saturday from 10am, with a regular constituency surgery the following Friday in Findon Valley for which anyone is welcome to book an appointment through the constituency office in Shoreham.