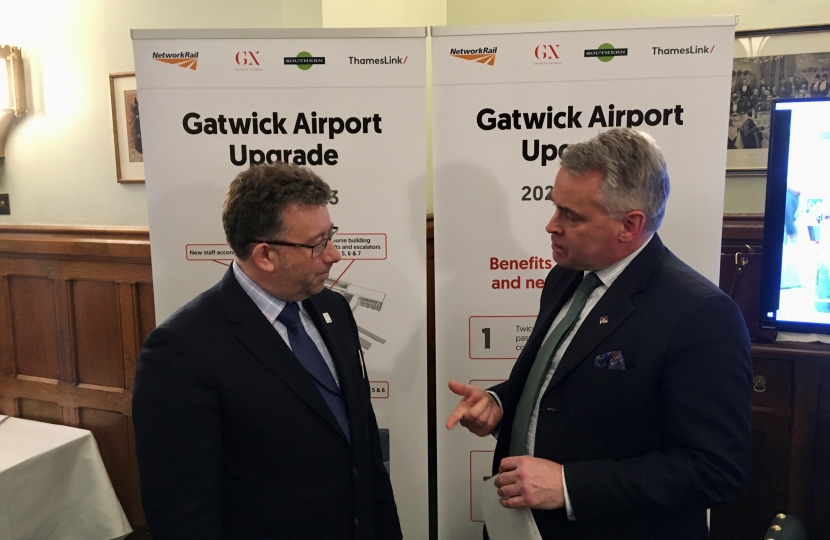 With so much going on at Westminster again I try to cram as much into my constituency Fridays as possible and last Friday was no exception. I started off meeting a group of local 1950’s Pension Women (the so called WASPI Women) for an update of where we are having just reconstituted the All-Party Parliamentary Group which I co-chair with Labour MP and all-round superstar Carolyn Harris. Alas with new legal action by one of the activist groups pending the Government are not able to discuss sub-judices issues and we have had to postpone our meeting with the Secretary of State, which is very frustrating.

I then travelled on to our OUTSTANDING 6-star Worthing Hospital for a really useful meeting with senior nurses to see what practical action the Government could be taking to help with recruiting and retaining the additional 50,000 nurses which the Government have committed to. Fortunately, Worthing has an excellent track record of keeping good nursing staff and of course the Philippine nurses who have been such a backbone of the nursing staff for over 17 years now. I recently had a case where a highly qualified nurse moved to France but after her relationship broke up, she returned to the UK only to discover that she had to go through so many hoops to register again and work as a nurse here.

The nurses provided me with some really good steers about incentivising more home-grown nurses, getting experienced ones back into the profession and making the job less stressful for those who do such an important job, which I can take back to ministers in discussions. It was then on to a wide ranging catch-up with the excellent Chief Executive of Adur & Worthing Councils Alex Bailey; an interview with a German Professor of British Culture about the impact of Brexit on the Union; a Conservative branch meeting; a busy surgery and finally a packed thank you party for many of the volunteers who helped us pull off such a successful General Election results.

Amongst the many meetings at Westminster last week which I mention in my weekly video I met the newish Chief Executive of Southern Rail to take up various complaints and hear about the timetable changes coming this summer due to the major expansion work to the platforms and concourse at Gatwick. This will impact on many constituents as well as the 206 people from East Worthing & Shoreham who work for GTR. I have therefore recorded a separate video for my Facebook page and website with more information which includes good news about the West Coastway trains which will now double from 4 to 8 coaches helping the overcrowding problems which many people have complained about.

I will not be at the Lancing street surgery on Saturday as I will be hosting my first Make Britain Breakfast Again events, but councillors will be there as normal from 10-12.