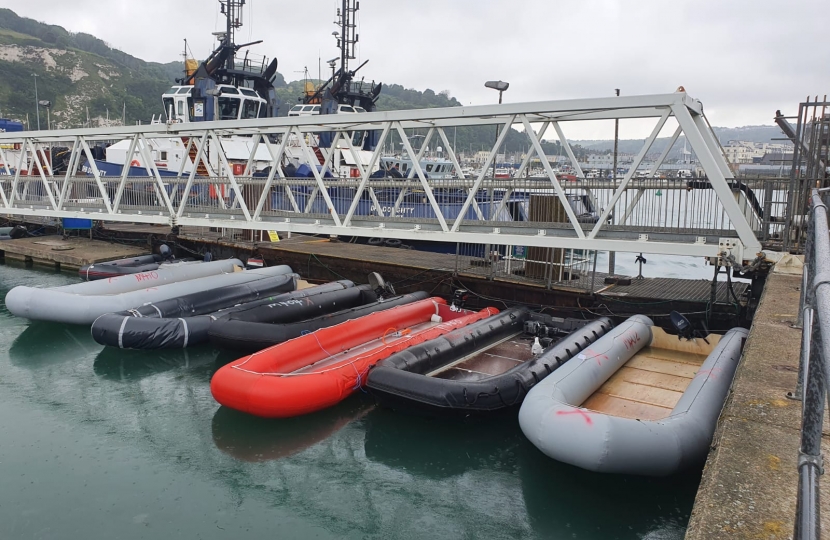 Last week I mentioned my trip to Dover with the Home Affairs Select Committee as part of our enquiry into the Channel crossings by migrants. As well as visiting the Border Force/Coastguard command centre, we saw the Kent Intake Unit where people are brought ashore from their wholly inadequate dinghies and the Napier Barracks which provides temporary accommodation.

One of the more misplaced spin-offs from the publicity over our visit was the attack on the RNLI for rescuing people in these boats in British territorial waters. I have been very vociferous about the failure of the French authorities to close down these illegal and dangerous routes but whatever you think about the migrant crossings the RNLI exists to save lives at sea wherever they come from. It is a charity that relies heavily on some very brave volunteers, as we know from our Shoreham lifeboat, and that is exactly what they have been doing.

I share the frustration of those who see people paying criminal gangs to jump the queue for claiming asylum in the UK, usually with little claim to be here and having come from a not exactly dangerous country like France. Sending out gunboats and turning round the flimsy boats at sea may sound good to some people but is just not realistic and until the French agree to intercept them and return them to French territory this is going to remain a problem. In the meantime, criticism of the RNLI is completely misplaced. We are lucky to have them and I am delighted that they saw a surge in their donations after the recent publicity.

It was good to join Lancing Parish Council Chairman Mike Mendoza at the Lancing Lions meeting on Monday and see some of our hardworking local volunteers face to face at last. They are working hard to catch up on some of the fundraising which has been difficult during the pandemic, not least when their shops were forced to close but are reopened now.

They have been as generous as ever with their support for local god causes and I am particularly impressed with their support for ‘Space at the Table,’ the project being run with the Lancing & Sompting Foodbank, Electric Storm Youth and Lancing Tab to provide nutritious meals for local families during the summer holidays. I dropped in on them last week and was in charge of ketchup distribution! It was great to see 112 people turn up and enjoy a hot meal although alas Covid meant it was a takeaway rather than the usual and sit down and have a chat over lunch, but it was great to see the Lancing community rally round so enthusiastically as usual.