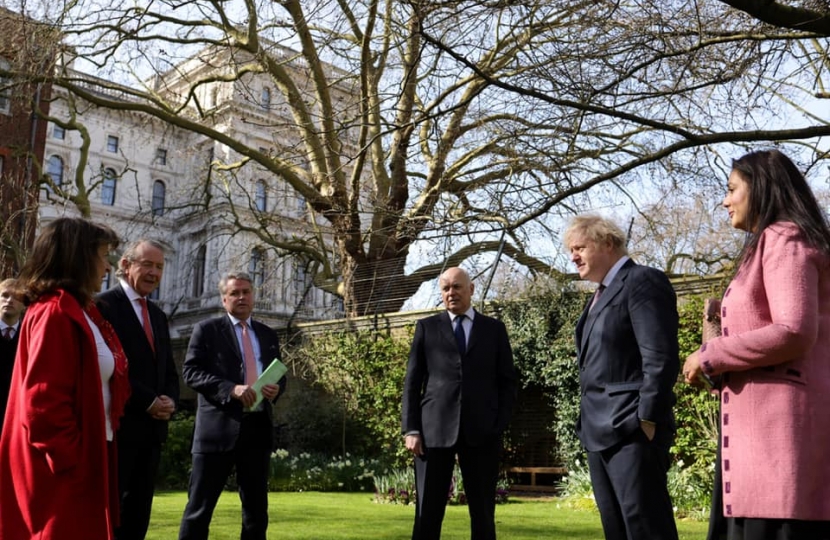 I am writing this column from a hideaway at an undisclosed position in Southern England. Or at least I think that is what the Chinese Communist Party leadership thought they would intimidate me into doing when I was bizarrely included on a list of 9 sanctioned British subjects, with 4 other MPs, 2 Lords, a lawyer and an academic.

As a result, we are banned from entering China, our assets and business interests in China have been seized and Chinese officials are banned from engaging with us. The sanctions come in retaliation for the UK Government, acting in unison with 29 other democracies, sanctioning several senior Chinese Government officials complicit in what many have described as the genocide against the Uyghur people in Xinjian province. We certainly supported this move and have been calling on Government to go further and of course I have always been an outspoken supporter of the equally abused Tibetan people.

So dear constituent you are now represented by an official ‘enemy of the Chinese state’ which trumps everything else I have been called by my critics during my Parliamentary career. Fortunately, I had no plans to buy a Wuhan holiday home or invest in a Uyghur slave labour camp so will not lose too much sleep. But more seriously this shows just how little the Chinese regime understands democracy and where in a democratic Parliament we elect people to speak up against injustice without fear or favour. By all accounts it is a bad misjudgement given the amount of support we have received from around the world and will put China’s human rights’ abuses even more on the radar.

The day before this bombshell I spent a much more constructive afternoon helping to launch the Leadsom Review which sets out the Government’s vision for the ‘Best Start in Life’ for children and their parents in the first 1001 days of life. Conception to age 2 is a crucial yet underappreciated period where a child’s brain develops exponentially shaping a child’s life chances and where a strong attachment to loving parents or carers is key.

The Review sets out plans for a properly joined up and seamless support package for new parents. It proposes universal ‘Family Hubs’ as a place for families to access comprehensive Start for Life services around the clock, filling the gaps often left by Sure Start children’s centres especially for those in most deprived areas. Every local area will be obliged to put forward a Best Start for Life blueprint answerable to local families and with the needs of babies at their heart. You can access the full report on my Facebook page. When it comes to a choice between placating Beijing or boosting babies I know where my priorities lie.