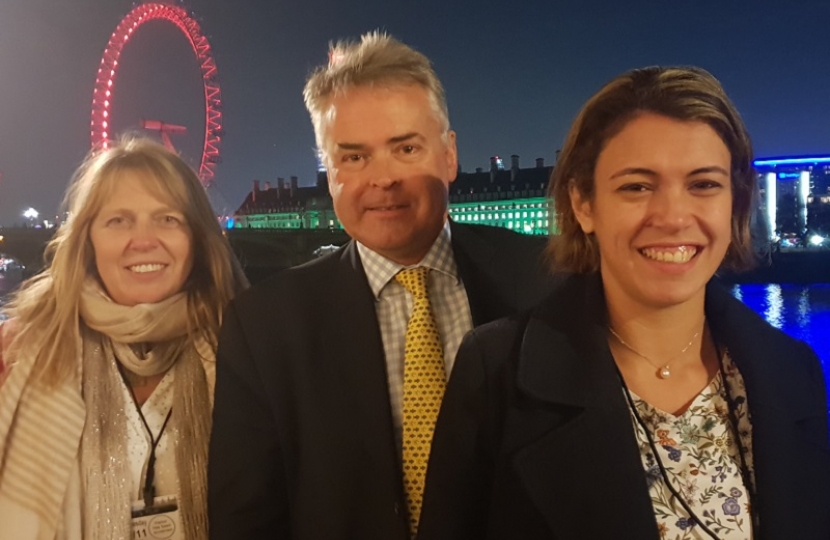 As part of the 100 years anniversary of women’s suffrage Parliament last week held an ‘Ask her to stand’ day where 300 women with an interest in getting involved in politics were invited for a ‘sample day’ in the Commons. I was delighted to be joined by Germaine from Worthing and Leila from Shoreham who spent the day with me and participated in a range of briefings and discussions and a commentary on a particularly lively Prime Minister’s Question Time.

The most important part of the day spent in my office was helping to select this year’s design for my constituency Christmas card from a number of excellent entries submitted by local primary schools. It is never an easy task to choose between them but congratulations to Eastbrook Primary for the winning entry and St Nic’s and St Mary’s for the runner-up. Now all we need to do is get them delivered.

The day ended with a photo-call for MPs to mark the event on a freezing Commons Terrace in front of the London Eye which was supposed to turn purple, green and white to mark the colours of the Suffragettes - purple for loyalty and dignity, white for purity, and green for hope. Alas technology failed and instead we had a red background until about ten minutes later we had all dispersed – it would never have happened if the Suffragettes had organised it!